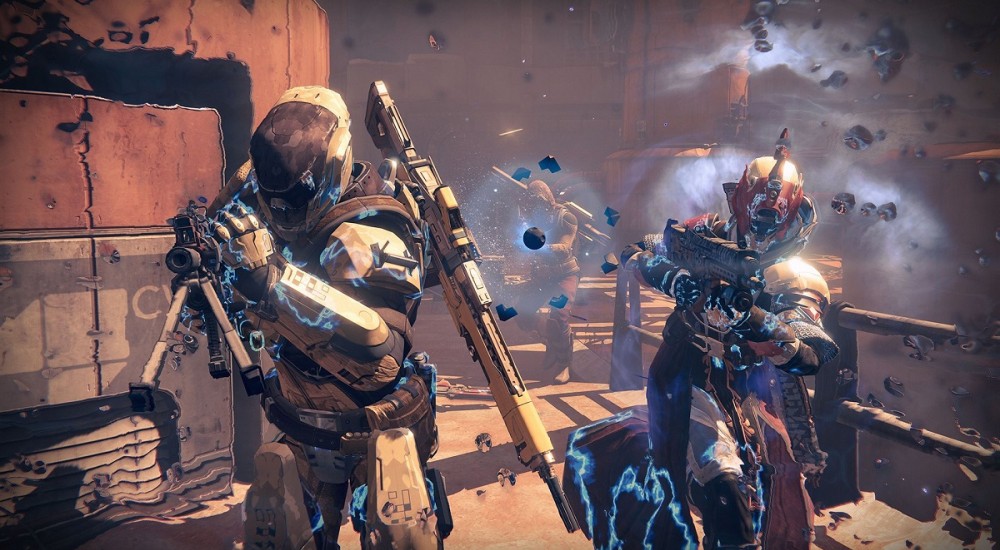 In a few short months, the second Destiny DLC since launch, House of Wolves, will be arriving on consoles. If you've stuck around until now, Bungie hopes to reconfigure some of the ways players gain and equip loot for the better.

The Dark Below could be argued as a little underwhelming for the price it went for ($20). However, Bungie is planning to make some big changes in House of Wolves that were clearly made in the last one. To be specific, Bungie has gone on record saying that the upcoming DLC will be a lot less about grinding than what most of the current userbase has come to expect and will boast a much more fair "economy". Could breathe some new life into the ever dwindling Destiny community? Lead Designer, Luke Smith, stated on a NeoGAF thread that rewards for gear will much fairer to the player, such as purchased items from the Tower vendors will not overshadow the rewards earned from completing raids like the Vault of Glass, and or by losing precious item perks by upgrading exotic weapons.

“Our philosophy about rewards/loot continue to evolve as we see how players play and react,” Smith explained. “We will continue to improve acquisition stories and frequency (My understanding of the perception is that Crota’s End drop rates are much improved vs. Vault of Glass), lessen the grind and get players to the fun parts of their arsenal faster.”

Also, Smith stated that the development team is putting in a lot of work to reshape the way shards are obtained and spent so that players should be able to earn new gear and use them much faster than before.

“Shards are a barrier between you and equipping a sweet new piece of gear. We want fewer barriers to equipping upgrades. The shard economies erect these barriers between players and the new piece of gear they just got. We’re not intending to adjust the shard economy for this Tier — we don’t want to invalidate player effort (again). But removing the barrier between that new drop you’re excited to get and actually being able to equip it as a member of your arsenal are something we will do going forward.”

No official release date for House of Wolves has been announced, but we know that it will be arriving within March.