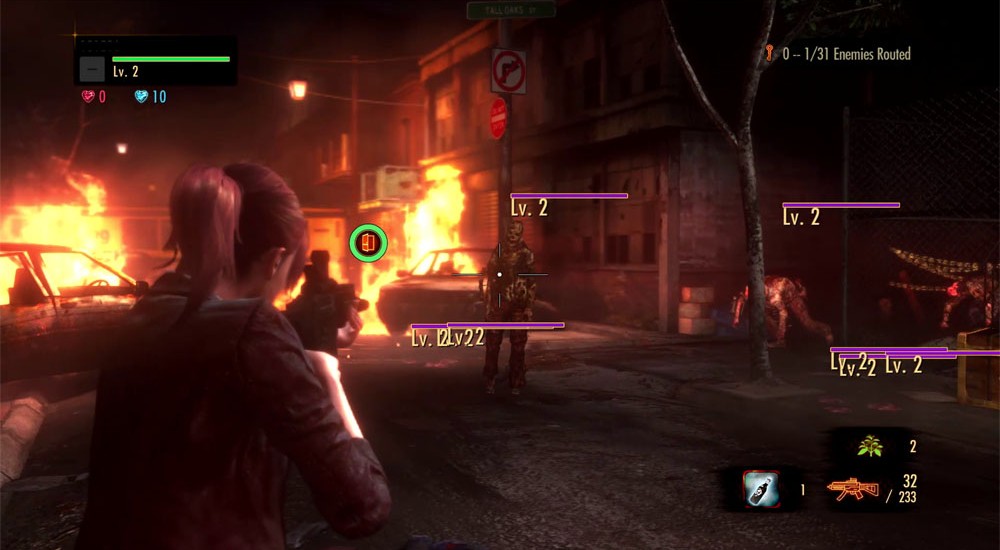 Resident Evil: Revelations 2 is fast coming upon us.Taking an episodic approach this time, the game will feature 2-player campaign co-op as well as co-op in the returning Raid Mode. Now, with less than a month before its release, Capcom has released some of the finer details of Raid Mode in the sequel.

Raid Mode will be included starting with Episode 1 when the first episode launches on February 24th. There will be 54 Raid Mode missions of varying difficulties (a total of three difficulty levels). More Raid Mode missions will be introduced in each of the following episodes, with 36 in Episode 2, 36 in Episode 3, and 68 in Episode 4. One especially important piece of information that was released is that Raid Mode will be local co-op only on Episode 1's launch. Online co-op is planned for Raid Mode, however. It should be released sometime shortly after Episode 4 releases in March.

Across all episodes, game editions, and DLC, a total of 15 characters will be available in Raid Mode. This means that 13 characters are unlocked by episode purchase, with the last two (Hunk and Wesker) being part of the digital Complete Season, retail disc, or paid DLC.

For Resident Evil: Revelations returning veterans, players will find some new additions to Raid Mode. Such additions include new weapons, custom weapon parts, and many more character skills. Players will be able to more greatly customize their characters for different playing experiences from their friends playing the same characters.

Resident Evil: Revelations 2 will be releasing episodically on Xbox One, PS4, Xbox 360, PS3, and PC starting with Episode 1 on February 24th. Each episode will be $5.99 with a complete retail disc (plus bonus content) becoming available in March for $39.99. It will support 2-player local co-op on release, with 2-player online co-op planned a few months later.