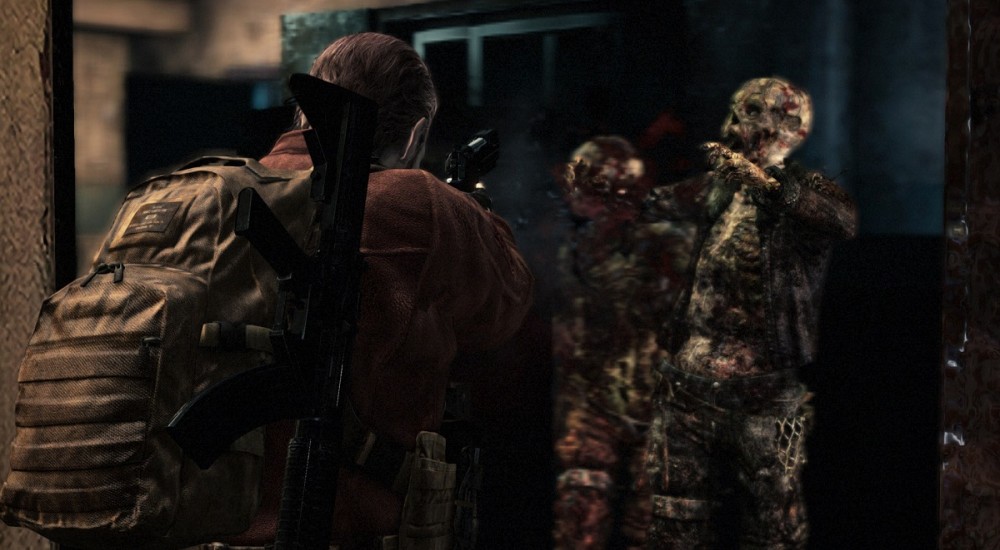 That's right, Capcom has injected microtransactions into their latest Resident Evil title, spotted by a few NeoGAF users during a round of preview events the publisher held fairly recently. For those of you who aren't up to date with Raid mode, it's a points-based action mode where you play as a variety of Resident Evil characters and are tasked with killing various mission enemies.

The way these will work in the game are when the players run out of lives in Raid mode can make a transaction more continues, or Life Crystals. Otherwise, players will instead have to start from the beginning of the mode (arcade style). It's a good thing, however, that no microtransactions will be in the main campaign mode and will ONLY appear in the multiplayer Raid mode. Furthermore, Capcom wanted to let players know that they can also earn these Life Crystals for free in available Daily Missions as an alternative. One of their representatives stated:

"Players can enjoy all that Raid mode has to offer without any purchase of Life Crystals. They are absolutely not an essential item players must invest in in order to complete the mode."

While we aren't too thrilled about how more and more games are making microtransactions a normal business practice in game, at least they aren't making the Raid mode so difficult that were' almost forced to rely on them. At this time, the prices of these microtransactions haven't been revealed.