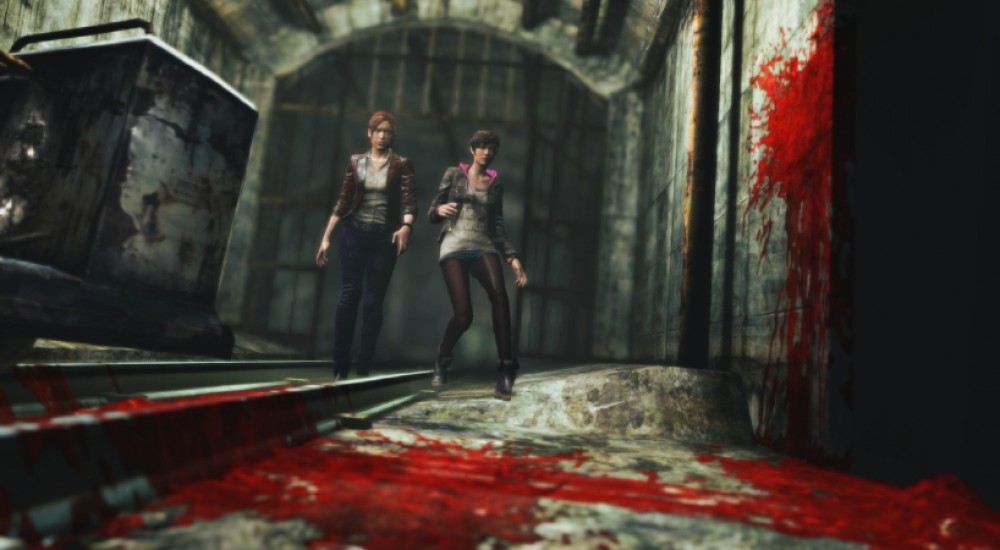 It's time to get in on some co-op survival horror action in Resident Evil Revelations 2. The not-so-much-a-direct-sequel to the first Revelations has Claire Redfield and Moira Burton navigating their way through a world wrecked by Umbrella.

What sets the co-op in Revelations 2 apart from previous franchise entries (like Resident Evil 5) is how different the characters are. While Claire is a pro gunslinger, Moira won't use firearms (a plot point yet to be revealed) and instead attacks enemies in different ways. The most direct attack is with her crowbar, where she can easily pummel beasts to the ground. Moira is also able to blind enemies with her flashlight while Claire handles the dirty work. The difference in abilities is sure to make for some strategic thinking when approaching groups of enemies.

If you're not going at it with a friend, you have the option to switch between both characters in a sort of single player co-op mechanic, but you know how we feel about that, don't you?

Co-op for Resident Evil Revelations 2 will be local only, and the game is set to release in four separate episodes at $5.99 each on PS3, PS4, Xbox 360, Xbox One, and PC. Two complete packs will also be available, the digital Complete Season for $24.99, and a physical retail version for $39.99, each including some currently unknown additional content.

Check out the trailer that launched last week: