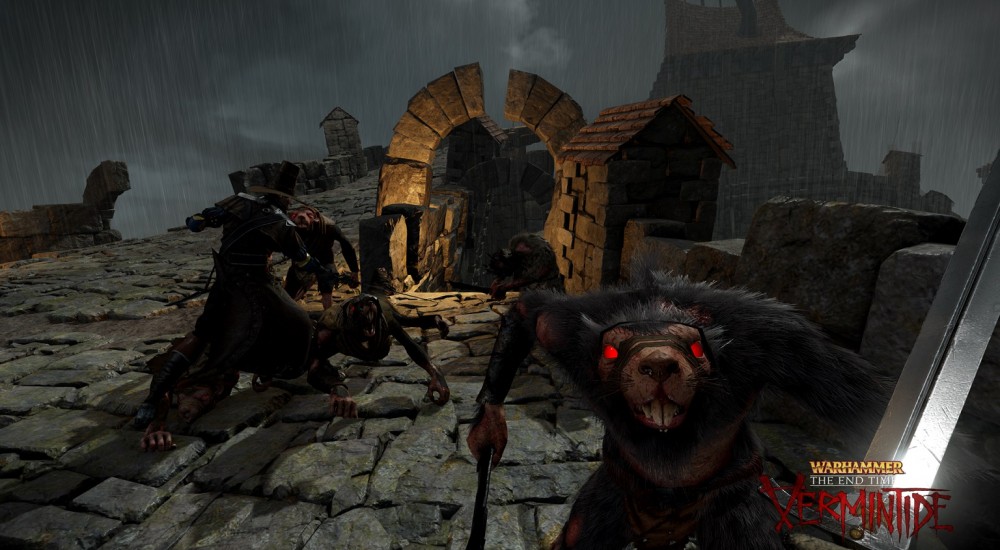 Earlier today, developer Fatshark Games released a teaser trailer for their upcoming 4 player co-op FPS, Warhammer: End Times - Vermintide.  Due out in the second half of 2015, it is said to be a mix of Left 4 Dead-style missions with loot-based mechanics popularized by games like Borderlands.  Never mind that, though.  How about you take a look at this here teaser trailer and shudder at the thought of living in a city besieged by Skaven:

This, of course, isn't Fatshark Games' first rodeo.  Known primarily for their work on War of the Roses and Escape Dead Island, the Swedish studio brings a decent amount of experience to the game's development.  In fact, they seem to be acutely aware of the property at their disposal and hope to do right by the many devoted Warhammer fans.  Fatshark's CEO, Mark Wahlund, stated the following:

“Combining gritty combat with cooperative multiplayer action, Vermintide will provide the player with a completely new perspective of the Warhammer Fantasy universe, through the eyes of the heroes they play.  Staying true to the fantasy lore, with familiar foes and locations, we look forward to winning the hearts of enthusiasts and newcomers with this new take on the Warhammer story”.

It's looking like the development team wants to turn the limelight away from the oft-used Warhammer antagonists, the Orcs, and onto the hideous, diseased ratmen known as the Skaven.  Players familiar with the Warhammer universe should be pleased to know that they'll be able to finally confront a foe that was typically confined to the universe's various tabletop incarnations...and Blood Bowl.

As always, your co-op confidants will try to keep you updated on Vermintide as more details emerge.  While you wait, though, maybe try and make sure you're up to date on all your shots?