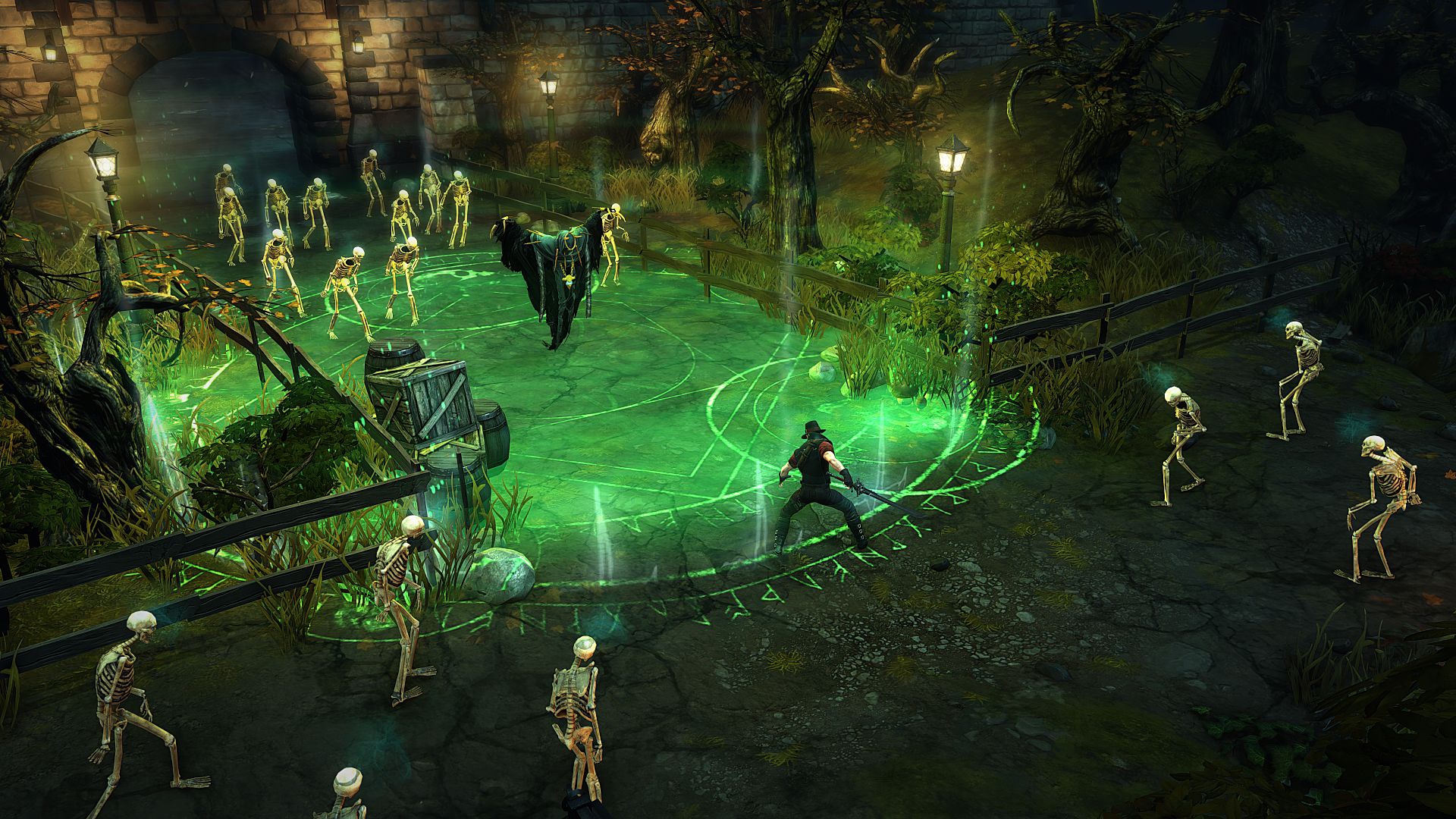 Haemimont Games is changing things up a bit. Instead of putting you in the shoes of an island overseer (slash dictator), they want you to tackle the hordes of undying evil in Victor Vran. The game looks equal parts Diablo and Torchlight, with players utilizing "destiny cards" and "demon powers" to customize their character.

There's no exact word on how many players the game will support in co-op play, or in the game's competitive mode. What I do know is that the trailer seems to tease at a character that uses a Kung Lao looking hat, which I'm totally on board with!

The game is slated for a summer release, but it will be up on Steam via Early Access this Friday, February 20.