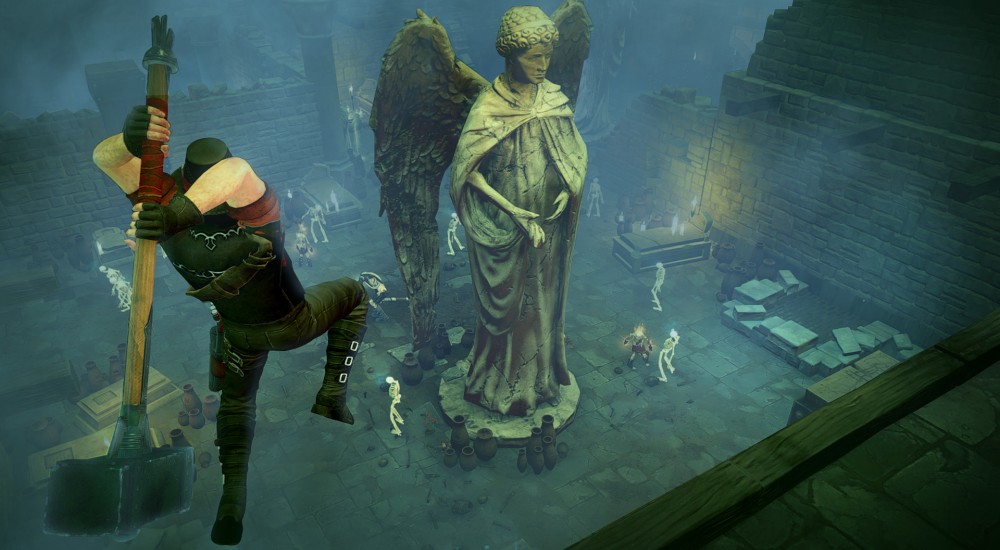 Victor Vran and his sweet, buckle-centric outfits first came into our lives in early 2015 on PC.  As is so often the case, console owners yearned for the chance to join their PC brethren in a bit of dungeon crawling, but it was not to be.  At least, not until May 30th of this year, when the game hit both PlayStation 4 and Xbox One.

So, they now had access to VV and its four player online co-op (as well as a two player local option), but they were not sated.  "More, more!", they cried from their living room couches.  "Justify our two year wait!"

And wouldn't you know it, developer Haemimont Games did just that by releasing Victor Vran: Overkill Edition on June 6th.

As you can see, the new version of the game also contains the "Through the Ages" and "Fractured World" expansions.  If that's not a solid amount of co-op content to work your way through, then I don't know what is.

To ensure they were staying true to their roots, though, Haemimont (I just like typing that) also released Overkill Edition for PC.  How very kind of them.