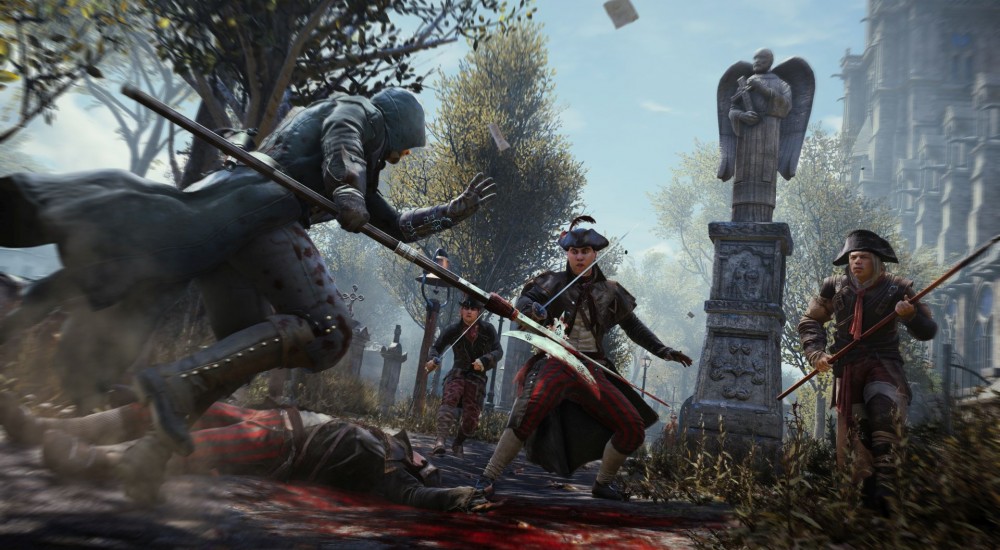 We've been drowning in Assassin's Creed Unity material gearing up for its impending release, but that's no excuse to stop now that the game is out! Ubisoft is aiming to hammer home the fact that this is the biggest AC game yet, and I'll be the first to admit the impressive scope of that goal. It might be a yearly franchise, but Unity does seem genuinely robust in scale of both its world and features. And, at long last, we've gotten an honest co-op mode in case our parkour-enthusiast murders want to team up with some buddies.

If you're interested in ACU's depth before picking up the game, and you have seven minutes to spare, check out the "Assassin's Creed Unity 101" Trailer.

Breaking away from the previous generation of consoles is no doubt the main culprit behind such an increase in scale. Maybe the 360 and PS3 simply couldn't handle the raw aggression of the French Revolution.

More nuanced combat? Alright, cool. Cover system for greater stealth options? Great! Customizing your assassins is alright, but the real gem here is the campaign co-op play. New mission types varying from the old standby of "stab this dude, and also kill this other guy," is a pretty big draw, especially when you need to utilize teamwork to succeed.

What do you think? Is the promise of a revamped, though familiar, AC game enough to get you interested in this new installment?