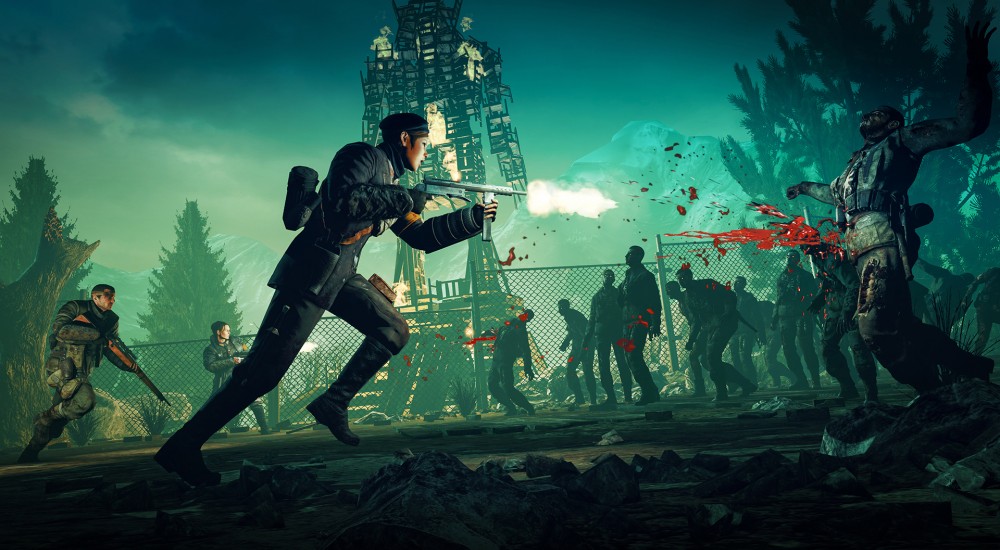 The Nazi Zombie Army Trilogy is almost upon us. I'm sure most of you are tried and true veterans of dozens of zombie apocalypses, but there's always room for more cooperative supernatural mayhem, right?

Seriously, if you ever get sick of eradicating Nazis, zombies, or Nazi zombies, pack up your digital weapons of choice and find a new hobby. You're done.

Here are seven reasons Rebellion wants you to buy their upcoming game. Someone will have to tell me what they are. I keep getting distracted by all the gooey zombie love.

After multiple viewings I think I have the gist:

NZAT features a new campaign in which you and three friends will destroy Nazi zombies.

The original two campaigns have been remastered with updated visuals. Nazi zombies seem to once again be the focus.

There are new enemies. Armor and chainsaws seem to be involved. Fun stuff.

Horde mode. Do you like to kill stuff without the inconvenience of a thin plot or changing locations? This mode's for you.

A unified online community. The idea is to get all the players who own one of the first two games on board, that way cooperative matchmaking will be available across all three games. Rebellion is sweetening the deal by offering a 30% discount to people who own one of the first two titles, and 60% off to people who own both. More details can be found here.

Nazi Zombie Army Trilogy will be available for download on PC, Xbox One, and PlayStation 4 on March 6th. It supports four player online co-op.