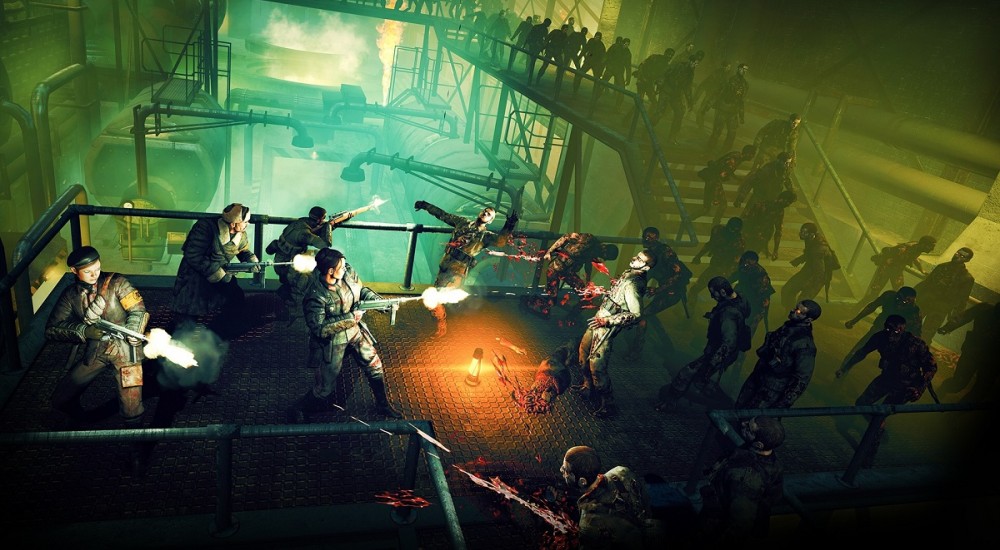 Sniper Elite's spin-off series, Nazi Zombie Army, will soon breathe new life into a stand-alone version of its own. Expect to see the Zombie Army Trilogy on the PlayStation 4 and Xbox One early this year.

The Nazi Zombie Army series is going to be re-released as a remastered, standalone, and bundled version. Not only will the game include Nazi Zombie Army 1 and 2, but also the unreleased Nazi Zombie Army 3. Along with the PS4 and Xbox One versions, this version will also be released on PC like the original titles. Developer Rebellion announced that the games will run at 1080p as well (at least on the PC version).

All the usual gameplay we can expect in these insane sniping epics, such as Nazi Germany filled with undead, demons, and other supernatural powers, along with the slow-motion kill cam we've all come to know from this series. Additionally, there will be four new playable female characters included among the previous four males. As of right now, the co-op features in these games seem to be identical to the originals, as stated below on the official website:

The ultimate horror package – alone or with teammates

As of right now, we can expect an "early 2015" release for Zombie Army Trilogy. Be sure to take a quick look at the trailer below for a first look: