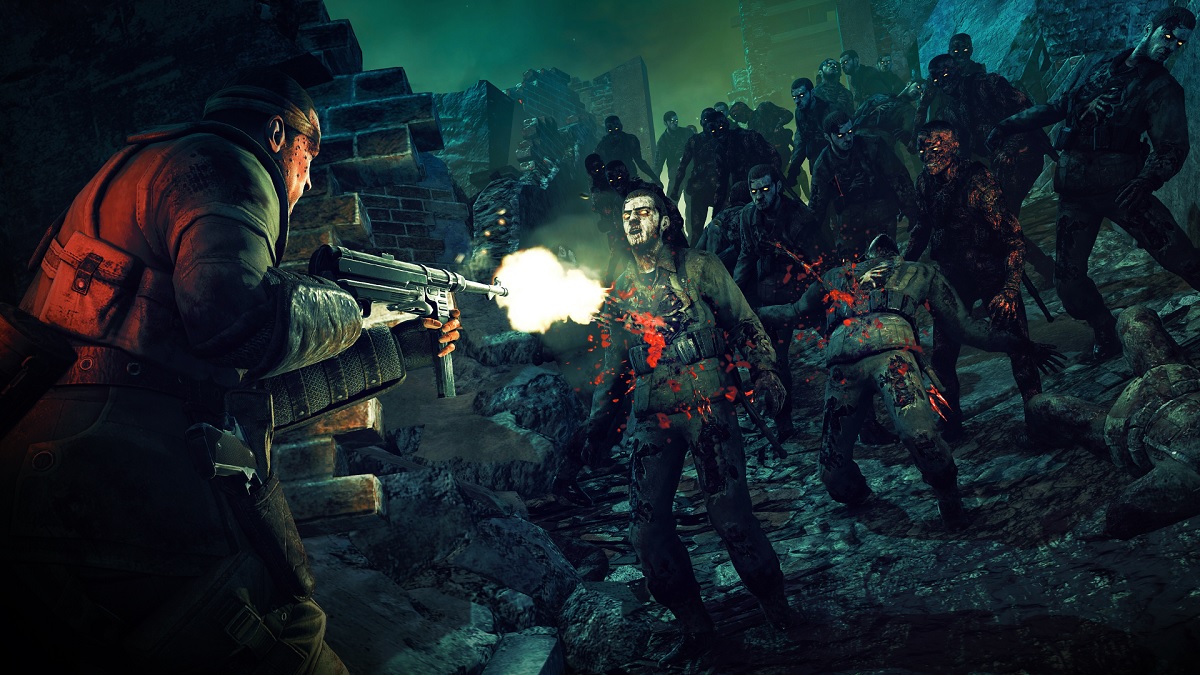 With only a (brain) matter of days until release, Zombie Army Trilogy is incoming, but what does the game actually play like?  We may have seen a trailer that gave us seven reasons to play this undead shooter, but what about the guts and bolts?

Rebellion have obviously heard your cries of anguish, as the new trailer for the game steps through several gameplay elements to the tune of over five minutes of footage:

ZAT is out on March 6th across PC, PS4 and One.  Although there is no local co-op, the game does have 4 player co-op across the games campaign elements as well as the Last Stand levels that made the series' name.