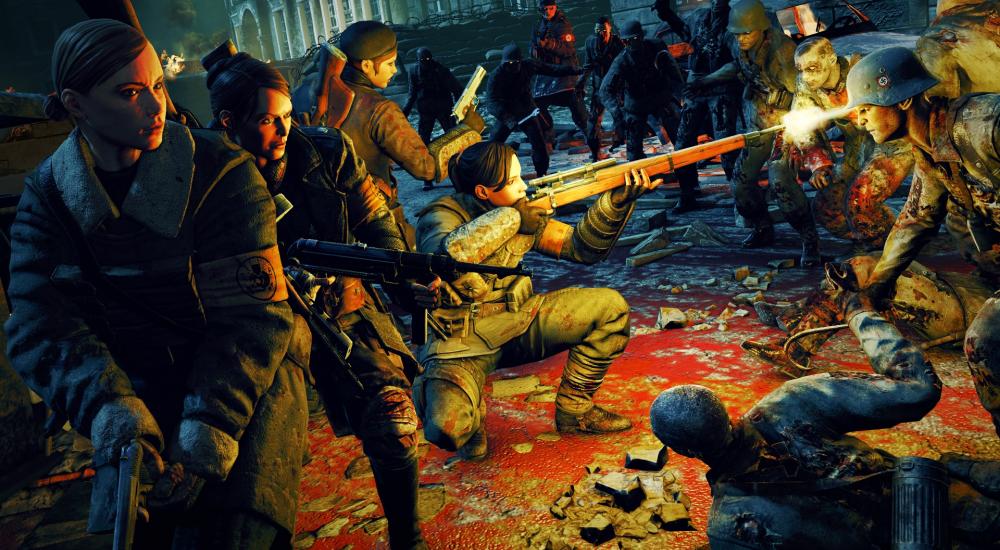 The Nintendo Switch version of Rebellion's Zombie Army Trilogy finally has a release date: March 31, 2020. Get ready to snipe the undead on the go!

This collection of the first two Sniper Elite: Nazi Zombie Army games, along with the new third title (which is only available in this bundle), first arrived on the PC, PlayStation 4, and Xbox One five years ago. However, the Switch has proven over and over that it is the "everything old is new again" console of the current generation, and this particular port is bringing a few Switch specific features along with it. Four player wireless LAN co-op will be supported in each of the campaigns along with the Horde mode, and the game will also support motion controls. The announcement trailer can be found below.

With the recent release of Zombie Army 4: Dead War (which is very solid "arcade shooter" fun) on PC, PlayStation 4, and Xbox One, and now the release of this, I imagine it will only be a matter of time until Zombie Army 4 finds its way onto the Switch, too.