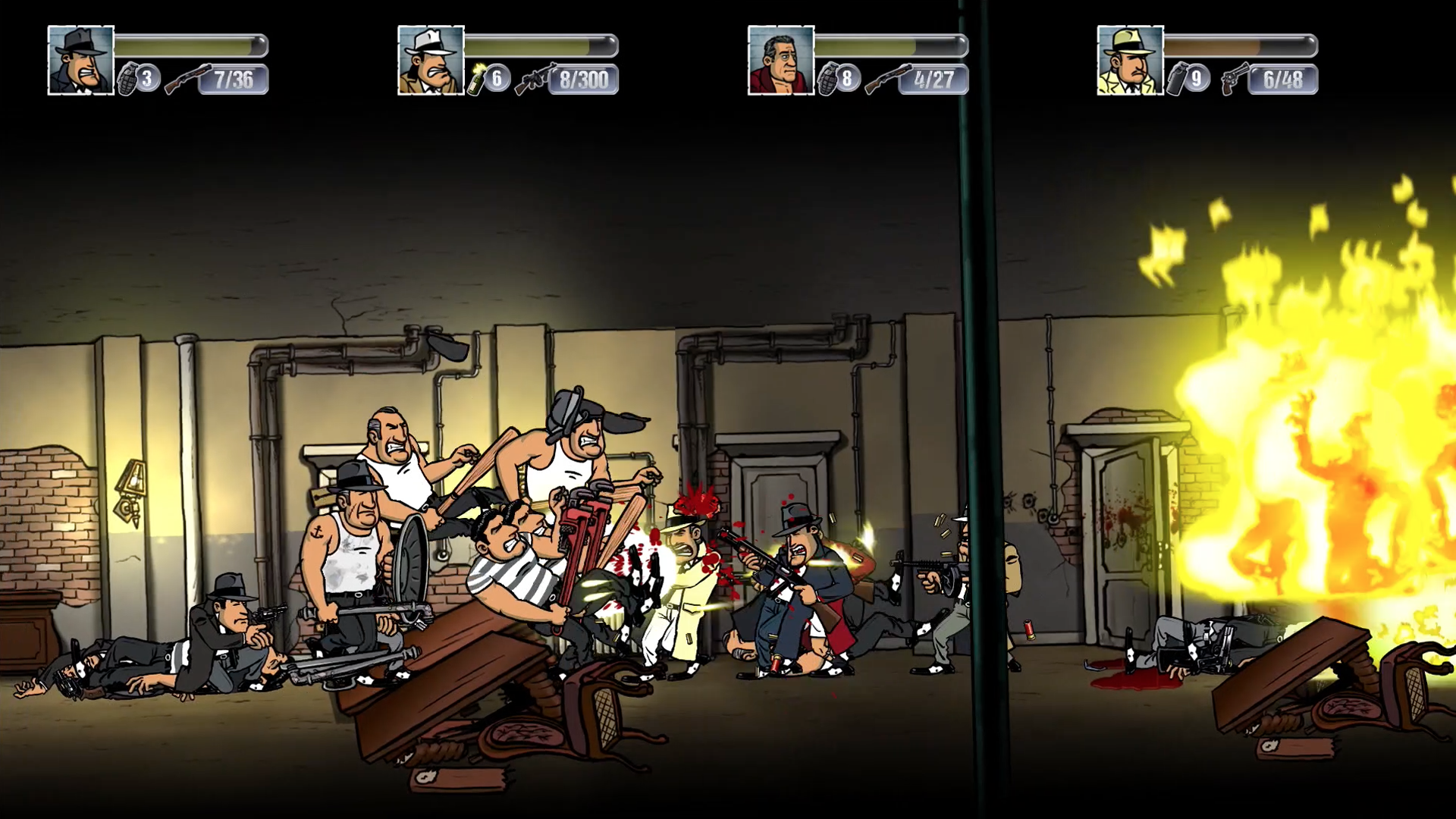 During the 1920's, coming by alcohol legally was difficult enough, let alone trying to fight off hordes of zombified creatures. Epic indie title Guns, Gore & Cannoli has finally received an official release date for Steam/Mac and will be available very soon!

Mark your calendars for April 30th, as we have a special co-op title that we've been interested in since it was greenlit on Steam last September. Guns, Gore & Cannoli is a set in the 1920's Prohibition era, were mobster Vinnie Cannoli faces many enemies on the streets of New York: rival gangs, city folk, and even zombies. Yes, zombies have surfaced within this bloody, city-wide turf war! It's up to Vinnie and his partners in crime to survive this epic conflict and grab a few Italian dishes while they're at it. We like to think of the game as a Metal Slug type of game, with platforming and side scrolling elements combined with loads of gunning around and massive carnage. Bringing along three other friends in local co-op is also a fantastic way to experience the game (and helps with survival). To get a sense of what we are talking about, we have a small release date trailer just for the occasion:

While we do know about the PC and Mac verisons, the PS4, Xbox One, and Wii U versions still need their release dates. However, Crazy Monkey has stated that they are to arrive sometime in 2015. We'll keep you all posted!