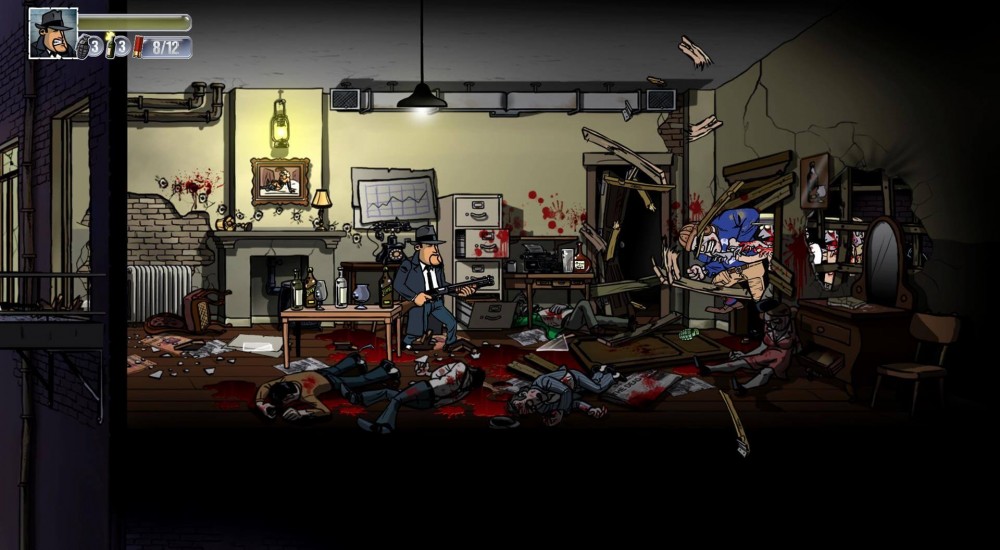 Oh yes, this is quite tasty indeed. Crazy Monkey Studios has pushed out a handful of screenshots and concept pieces for its over-the-top comical action game Guns, Gore & Cannoli. Loads of tasty morsels show off some fine hand drawn artwork, exactly the kind of thing we like to see when we're shooting everything that moves.

Guns, Gore & Cannoli is a bit like Metal Slug set in the roaring '20s. Prohibition is in full-swing, meaning organized crime is just the sort of business you'd like to be in. Unless you're Vinnie Cannoli, that is. One of his friends has gone missing, and in order to get his face off those milk cartons, he's chasing down gangsters across Thugtown for a bit of civil discourse... with guns.

You can grab Guns, Gore & Cannoli on Steam right now, which is a good idea since it supports local co-op for two players. That's a lot of shooting, and it's a lot of cannoli, too. PS4, Xbox One and Wii U versions are due for release sometime in 2015.