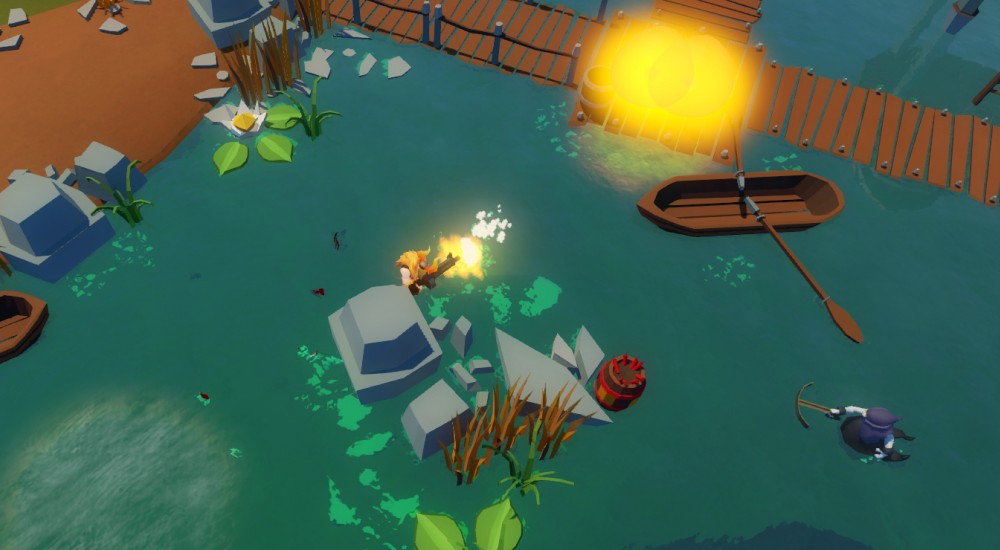 The world of twin-stick shooters has (largely) been dominated by two themes: zombies and bright, neon, flashy, trance, hangononeminutehavingaseizure polygons. Well, no more. Prepare thyself for Vikings with guns in Gunnheim!

Set in a world of Viking and Norse mythology, Gunnheim allows up to four players to team up (either locally or online) in order to battle the demonic forces that have been unleashed by the Lord of Death. It's not what you think, though; old death lord there didn't release them because he is seeking vengeance against the world of living. Nope, he's busy getting drunk and not paying attention to what his minions are doing.

The game is still in the pre-Alpha stage of development, but the developers have already outlined their big goals for the game:

If you still need some convincing, check out the game's first trailer.

There's no set release date for the game yet, just roughly "autumn 2015" at this point. You can follow the game's progress on their Greenlight page.