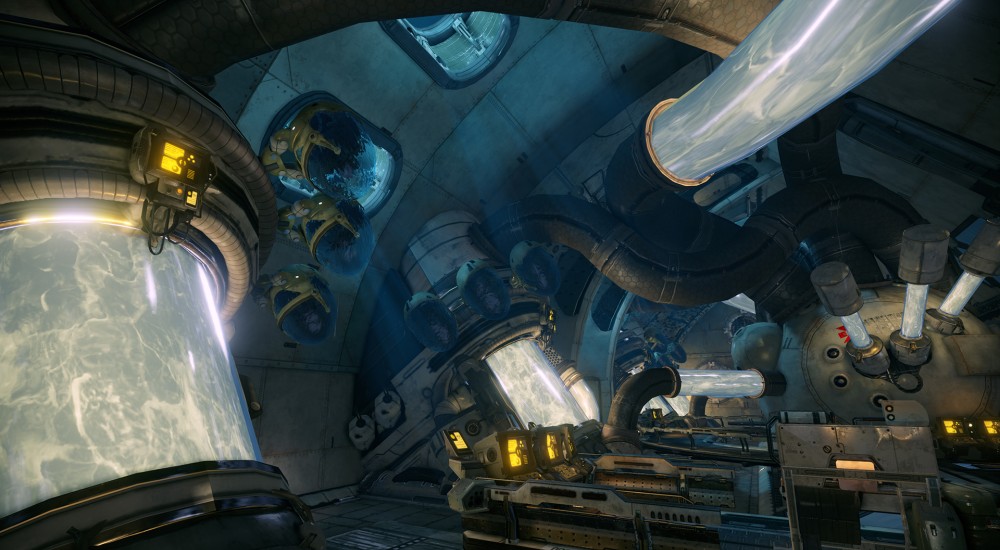 As is to be expected from a living online multiplayer game, Warframe has been receiving frequent updates from developer Digital Extremes.  In fact, you could argue that it is largely indistinguishable from the state it launched in over two years ago, and the changes are largely for the better.  Not one to rest on their laurels, though, the Canadian developer has pushed out yet another update, this time titled "The Tubemen of Regor".

I don't think I know much about Tubemen, but I imagine their lives to be pretty difficult already.  Throw on the fact that they've somehow gotten on the bad side of a small city's worth of robot space parkourists, and you start to feel a twinge of sympathy for them.  Until you snatch that sweet, sweet loot from their lifeless, chopped up corpses, that is.  It's pretty hard to feel sympathy when I'm holding all this rubedo. The patch itself brings a new mission for you and seven other robo-hobos to take on.  It's called Trials: The Law of Retribution, and it involves you chasing Councillor Vay Hek across the solar system.  It's also throwing in performance enhancements aimed specifically at improving the framerate during co-op missions.  Four new Conclave joints are also entering the fray, in case you need to take out some post-failed mission rage.  These can be enjoyed in the two new modes:  Annihilation and Team Annihilation.

These new 8 player missions are adding a chaotic new dimension to a traditionally slick and pre-meditated gameplay flow, but it's hard to argue against a chance to gather seven like-minded friends and seeing how much havoc you can wreak on those poor, defenseless Grineer.