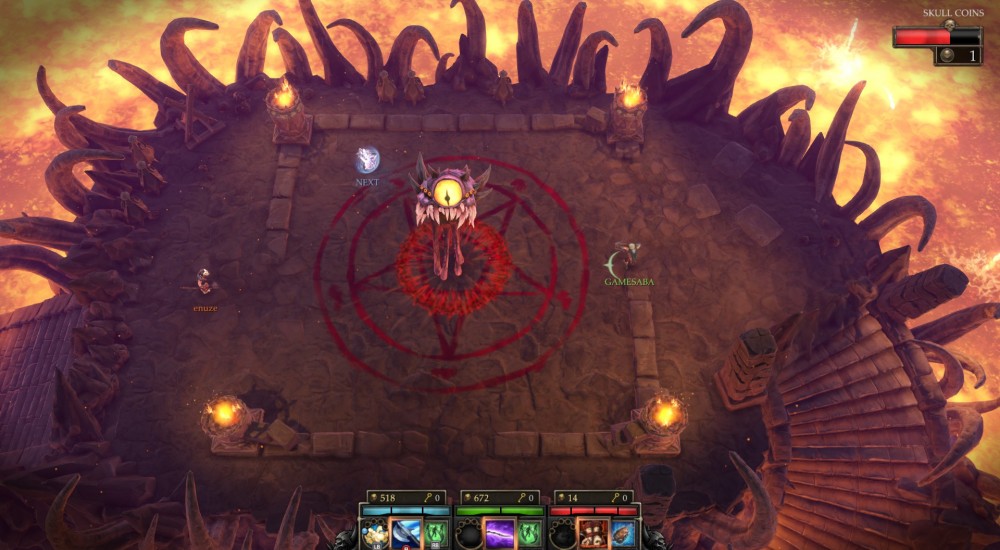 The Warrior, Wizard, Valkyrie, and Elf are still at it, hacking away like nobody's business. The modern reboot of the classic arcade franchise was met with more than a few nodding heads when it hit in the summer of 2014. It's a bit late to the party, but the game has finally spread to PlayStation 4 under a new, retooled name: Gauntlet: Slayer Edition.

The new edition brings with it a few tweaks to soothe the pain of an extended delay. New weapons and abilities have been added, along with new monster types and new player attacks like shield throws, summons, and spin attacks. Endless mode has also been added, for those days when you just don't wanna stop slaying. There are also new daily colosseum challenges and potion functionalities to look forward to, as well. And as expected, four player local and online co-op is still supported, so no worries there.

The PC and Xbox versions of Gauntlet have been updated to become the new and improved Slayer Edition, so everyone's on the same page when it comes to stabbing orcs in the eye with arrows. Since the dev team spent so much time beefing up the game for this free update, the previously announced SteamOS version was put on the chopping block. Limited resources and all of that, you know?

Check out our Gauntlet co-op review for more on how the classic fared in its journey to the modern age.