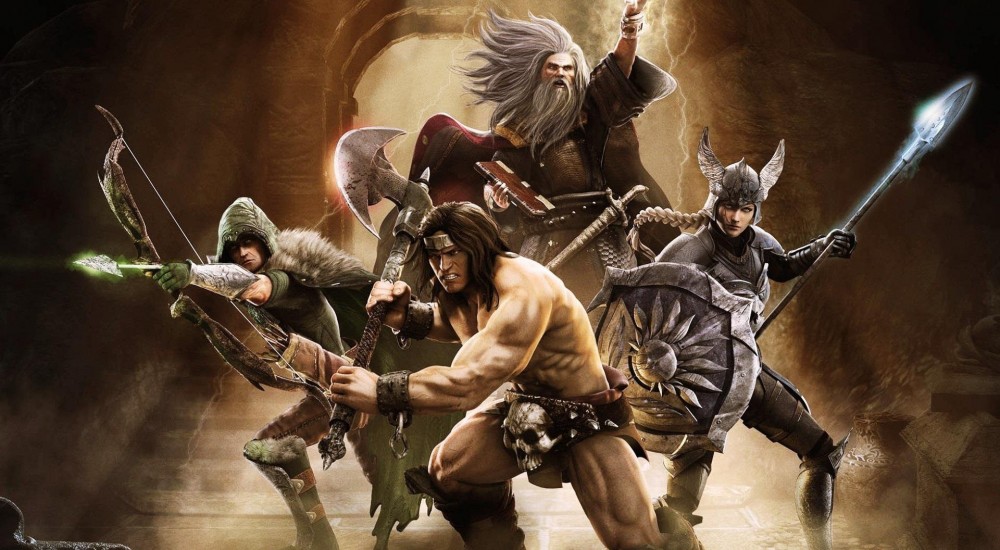 The journey has been long and winding for the Gauntlet franchise, but it appears its next destination is just on the horizon.  This summer, Arrowhead's reboot is making its way to the Playstation 4 via the brand new Gauntlet: Slayer Edition.

Arrowhead, who you may know as the developers of Magicka or the more recent Helldivers, has become quite adept at introducing new content to their games far past release.  In fact, to say they support their games well is an understatement akin to describing Dennis Rodman as "quirky".  This new edition will see both visual and mechanical improvements ranging from character and environment assets to more fully realized hero abilities.  A new game mode enters the fray as well, which Arrowhead's own Emil Englund proclaims will give players a chance to cement their status as the scourge of monsters everywhere.  It isn't explicitly mentioned, but I'm kinda hoping it involves a lot of the heroes calling out the monsters' fat mommas.

Of course, both interface and control features will need adjusting to accommodate the expected increase in local multiplayer.  Given how slick the player feels when they dive into cover and call down reinforcements in Helldivers, I don't believe those changes will be of any issue for Arrowhead.

If this is the first you're hearing of this fancy, new Gauntlet remake, I have two questions for you.  First, how are things in North Korea?  Second, are you aware the game sports four player co-op both locally and online?  Third, have you read our review?

Report back as soon as you can!  At least by the end of the summer, anyway.