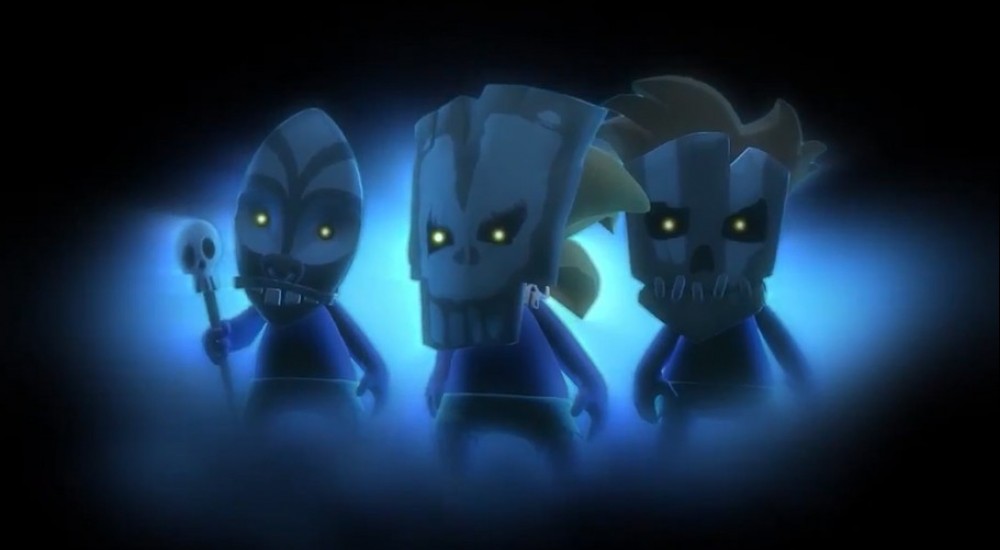 Much like the skeletal minions inhabiting its dungeons, Full Mojo Rampage claws itself from an obscure grave on Steam and onto PS4s and Xbox Ones everywhere. The four player co-op roguelike comes to us from Nicalis Inc of Binding of Isaac: Rebirth fame, and slaps you and your friends down in a voodoo inspired dungeon romp. Choose classes based on various Loa, or "voodoo gods" and hex your enemies into oblivion.

The game released on Steam earlier last year, but Full Mojo is finally crawling its way to consoles. Check out the announcement teaser, revealed at PAX.

There's something charming about this little CGI trailer. Mainly because it looks like a tech demo on the original Xbox.

Full Mojo stands by its roguelike origins with randomly generated dungeons for each playthrough, keeping exploration and combat fresh for subsequent runs. You and your posse of voodoo runts will be collecting power ups and "voodoo pins," which sound more at home lodged in an effigy of one of your enemies than beefing up your team. Of course, the voodoo gods are a fickle lot, so making deals with the Loa aren't exactly painless. They're more than happy to exchange some power, though it will come at a price.

While details on the console version are pretty scarce, Nicalis comes with a pretty impressive resume. The Binding of Isaac, Cave Story, VVVVVV, and 1001 Spikes make for a strong pedigree. Hopefully this version of the game gets it into more hands than it might find on Steam.