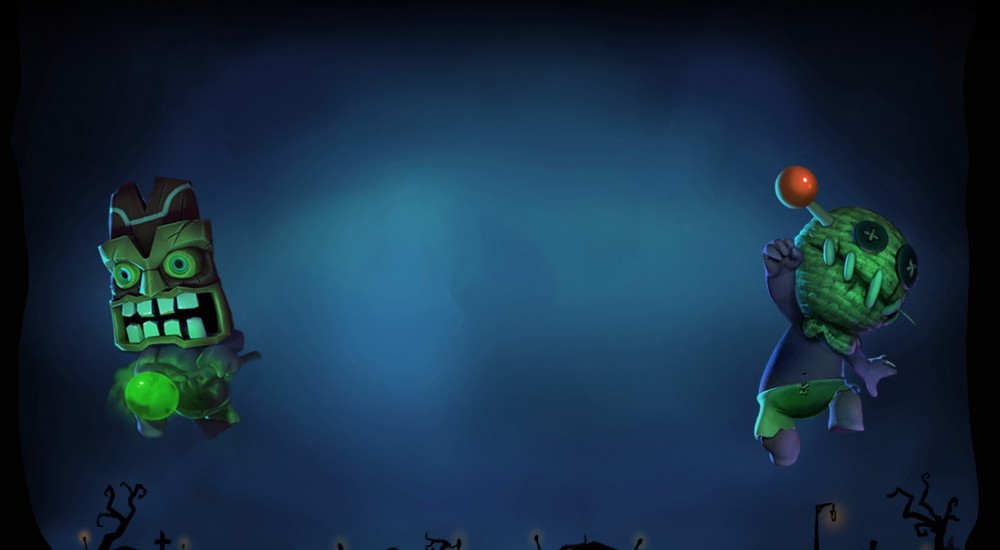 In my experience, working with voodoo typically amps up one's enjoyment a few notches.  Whether you're at a party, chatting with some work friends, or just blasting baddies in an emergent, misty landscape, adding in a few knotted roots and animal bones is always a recipe for a grand ol' time.

Full Mojo Rampage, which niftily shows off that last bit about the baddies and the roots and whatnot, will finally complete its voyage onto PlayStation 4 and Xbox One on June 28th, nearly two years to the day since its original release on PC. Say what you want, but it seems to me that the game's publisher, Nicalis, is oddly obsessed with unleashing FMR in the exact middle of the year. Maybe it's like the Game Release Witching Hour or something. Regardless, its various forms of co-op goodness (two local and four online) will soon be available to our Microsoft and Sony brethren, and Nicalis has marked the occasion by releasing both a launch trailer and a glimpse at some in-game multiplayer. Check it out, why don't ya?

Full Mojo Rampage offers many ways for you and your friends to take down the game's multitudes of anti-voodoo extremists. The Campaign is the foremost option, but the game's status as a roguelike means that there are also Daily Quests for your party to take down, along with Survival and Endless modes. That sounds great on paper, but what does it actually look like in action? Well, take a look:

The game's console release also features enhanced visuals, new contents, and a few gameplay adjustments based on feedback for its original release on PC. Here's hoping one of those changes is, "like 350% more voodoo".