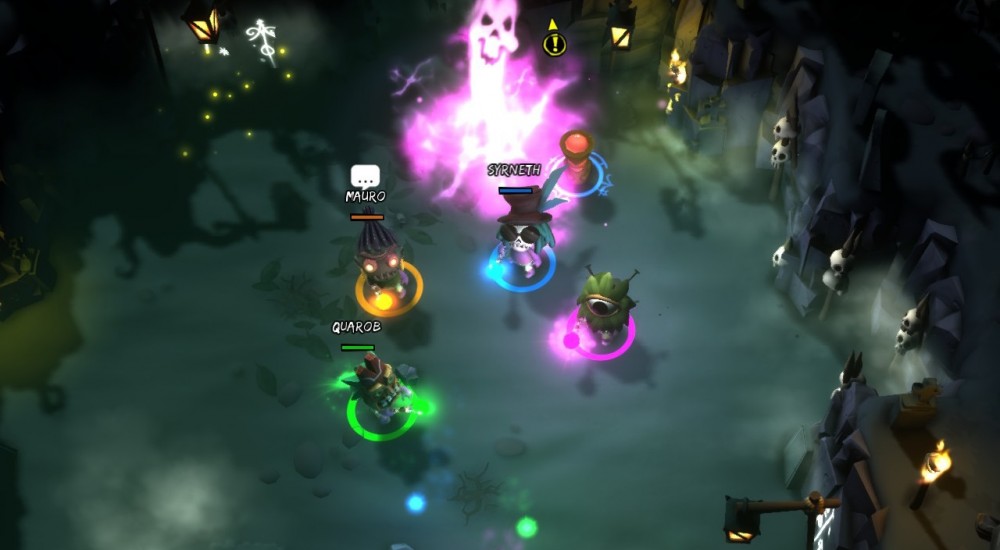 Last fall we heard that Nicalis Inc., the developer/publisher responsible for the amazing "Metroidvania" title Cave Story, would be bringing the voodoo themed Full Mojo Rampage over to the Xbox One and PlayStation 4. At the time, no dates were given for when, exactly, that would happen. It's still not precise, but it was just announced that we should be seeing the title arrive sometime this spring.

If you haven't checked the game out on the PC, Full Mojo Rampage is an action-RPG with "roguelike" elements. Each player controls a character that pledges their fealty to a particular Loa, a powerful Voodoo spirit. You'll go on a quest to gain more power and knowledge in order to better serve your Loa as you battle other spirits, zombies, and other mystical foes.