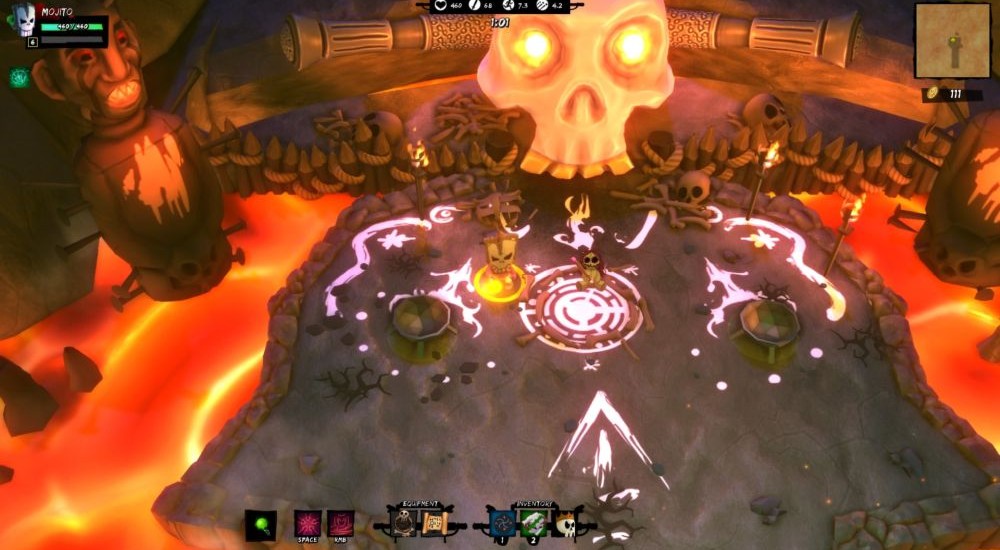 Break out the animal bones and put the witch doctor on speed dial, it's time for some real voodoo magic! Publisher Nicalis has just released Over the Top Games' co-op roguelike Full Mojo Rampage on Xbox One and PS4. Finally, a relevant excuse to pledge my soul to a voodoo demon!

Full Mojo Rampage is an action RPG infused with tons of roguelike elements. Each player controls a character that pledges loyalty to a powerful voodoo spirit named Loa, which I'm sure carries no downsides whatsoever. Complete quests to gain power and knowledge to better serve Loa, all while battling all manner of spirits and evil being, including zombies, which actually makes sense in a voodoo-inspired video game.

Full Mojo Rampage supports four player online co-op for the entirety of the game's campaign. There are also separate co-op modes available, as well as massive eight player versus modes for when the voodoo magic rips your friendships apart at the seams.

Full Mojo Rampage is currently available for Xbox One and PlayStation 4. Secret note to PC users: Full Mojo Rampage has been out for your awesome platform for a little over a year. Try not to look too smug when console owners get excited about their "new" game, ok?