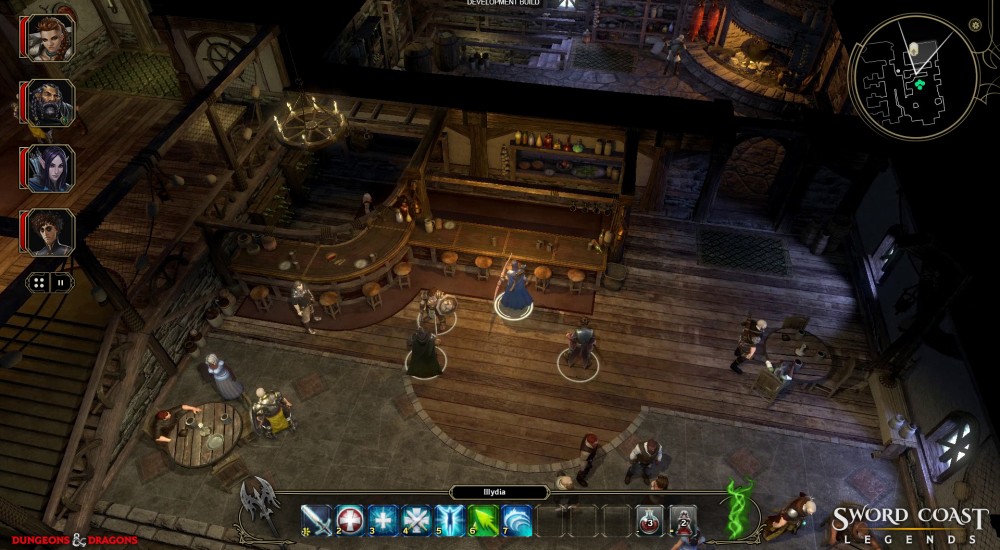 Look, sometimes a life spent on the Sword Coast ain't easy.  Let's say, for example, that you're a poor, innocent innkeeper beset by marauding goblins.  You say, "Hey, goblins, what's up?", and they say, "Get lost, nerd."  You say, "Please stop attacking my inn", and they say, "Shut up, you're not our mom."  It's really frustrating, because not only are these goblins looting your storerooms, they're also being real jerks about the whole situation.

That's where the Sword Coast Legends party comes in.

But that's not all.  Maybe you're a princess on the warpath who's in need of her mother's legendary mace.  Or maybe you're two dogs stacked on top of each other and you need bodyguards to escort you through a city with an anti-canine agenda.  Or maybe you're the head of a merchant guild who needs someone to investigate why your flounder imports have dropped to a trickle.  All of these scenarios are plausible and explorable in Sword Coast Legends, and the folks at Digital Extremes are here to show you just how to pull that off.

The below video comes from last weekend's Head Start Three and contains plenty of in-game DM manipulation, showing off ways for you to guide a party of four friends through your own tale.  Check it out!