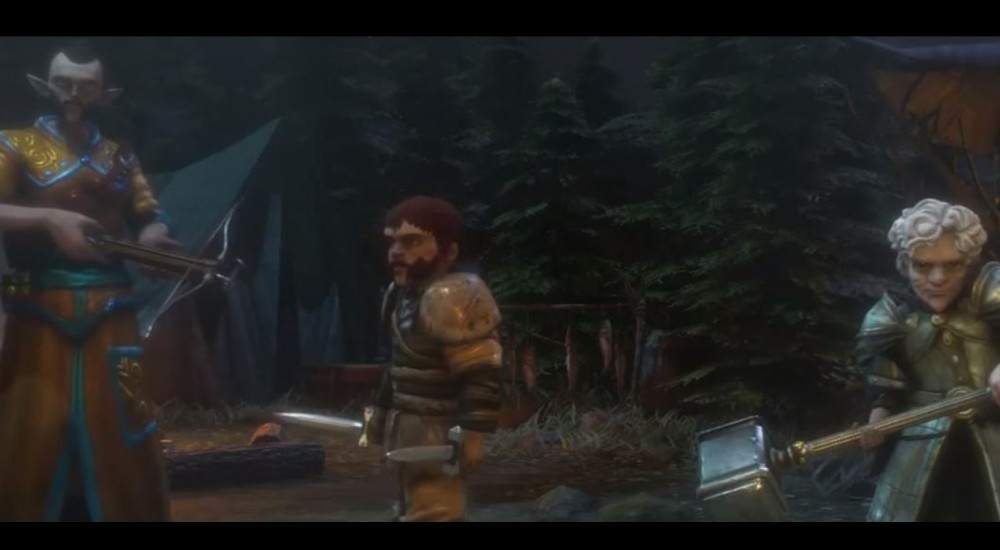 Sword Coast Legends, released back in October, is an attempt by developers Digital Extremes and n-Space to hearken back to the days of yore.  A time when CRPGs were (sort of) turn-based, loot littered the ground like candy wrappers on a street after Halloween, and just about any Tom, Dick, and Harry could claim their right to be heroes of legend.

Starting last Thursday, the roles of Tom, Dick, and Harry were assumed by a... trio of, well, let's just say that to call them anything beside "horrors from the ethereal realms of the old gods" is pretty kind.  Taylor, myself, and Matt (a.k.a RaynerRules, for those hanging out in the Shrimpers Forever chat) decided to guide the unlikely grouping of Grendy Smarphtickle, Juice Boy, and Heckers through the dangers of the Sword Coast.  The degree of success is up to debate.

We've had a blast with the game thus far, and we sure hope you'll join us for the next session!  Aside from "a Thursday between now and The Great Robot Uprising", the specifics of when that will be are up in the air.  Be sure to check on Co-optimus' Twitter account for the details.

A review will be forthcoming for Sword Coast Legends, which features 4 player online dungeon crawling for any loot lovers on PC.  In spite of disappointment surrounding the game's module creation tools, my time spent in the campaign has been a solid, if not especially deep, experience.