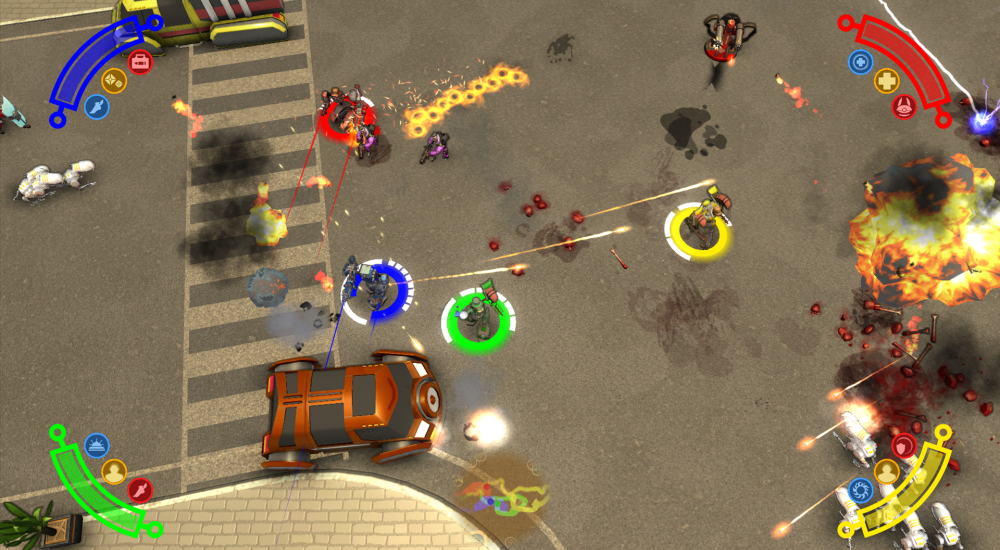 Finnish developer Rusto Games will be making their debut on consoles with Spareware. This cooperative shooter will allow up to four players to team up and take back a futuristic, dystopian Helsinki.

Spareware's biggest draw within the varied realm of top-down shooters is that players will be able to customize their own shooting robot by choosing what type of weapons and abilities to use. Players will also find a fair amount of replay value as the levels themselves are procedurally generated, ensuring a new challenge each time. In fact, that challenge, along with the co-op aspects, were at the forefront of the developer's mind.

We’ve designed Spareware to be a game for people who just want a fun little shooter to play while hanging out with friends, without compromising the challenging hardcore gameplay elements. Because of the challenge, you may have to start over multiple times, but it won’t get boring thanks to our procedural world generation system with multiple different archetypes of levels.

Xbox One owners should expect Spareware to arrive sometime this spring.