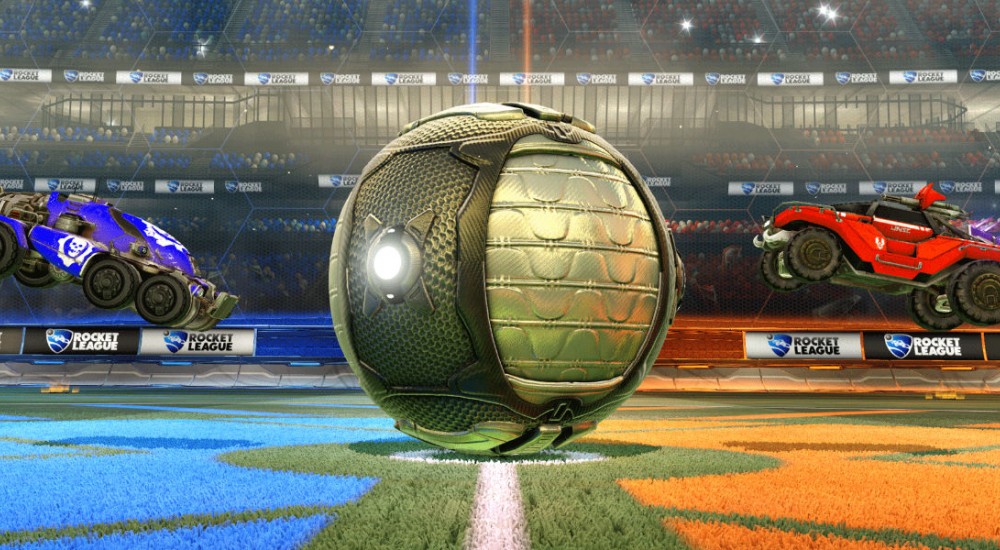 505 Games is partnering up with Psyonix to bring the developer's popular cars playing soccer sim Rocket League to retail. This version of the game, dubbed Rocket League: Collector's Edition, will be released on the PlayStation 4 and Xbox One only, and is set to include the main game as well as all three paid DLC packs that have been released thus far: "Supersonic Fury," "Revenge of the Battle-Cars," and "Chaos Run." There is also the promise of "retail-exclusive bonuses" that this version of the game will include, though details of what those may be have not been revealed.

No mention was made about whether any of the special cars, such as the Batmobile or "Back to the Future" Delorean, that were separate purchases would be included, though it seems unlikely that they will. There is also no mention of how all of this is going to be packaged together. It has become more and more common for such collections to include the game on a disc and redeemable codes for all DLC. This is a great way for everyone who has a reliable Internet connection, but even in today's modern world, that isn't always a given. Hopefully, the Rocket League: Collector's Edition will buck that trend.

The Rocket League: Collector's Edition is slated to be available sometime Q3 this year, and no price point has been revealed at this time.