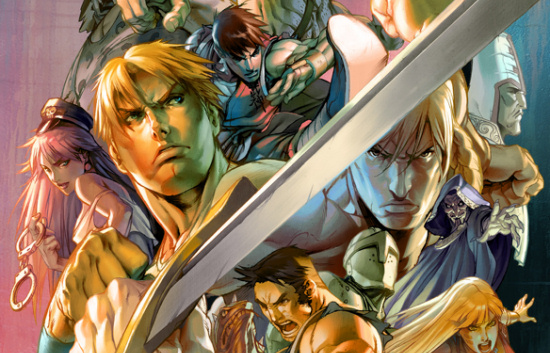 You can take your immersive graphics, tantalizing story lines and abundance of polygons and cram them all into a giant sack and sink them into the ocean.  Give me a side scrolling beat-em up any day.  The Xbox One does not have that many of these to its name, but that is being cured by the likes of Final Fight: Double Impact getting the backwards compatible treatment.

Double Impact is one of five new games to the backwards cannon this week, but it is the only one to grace co-op.  Thankfully, this is not just one game, but two!  For you money you get Final Fight, but you also get Magic Sword.  We gave the duo a decent 3.5 out of 5, but for my money Final Fight is one of the all time classics of the genre.  For players that already own the game on 360, it should pop up on their install queue, whilst non-owners can pick it up for $8.

Other games available this time around include; Deus Ex: Human Revolution Director's Cut, Frogger 2, Faery: Legends of Avalon and Puzzlegeddon