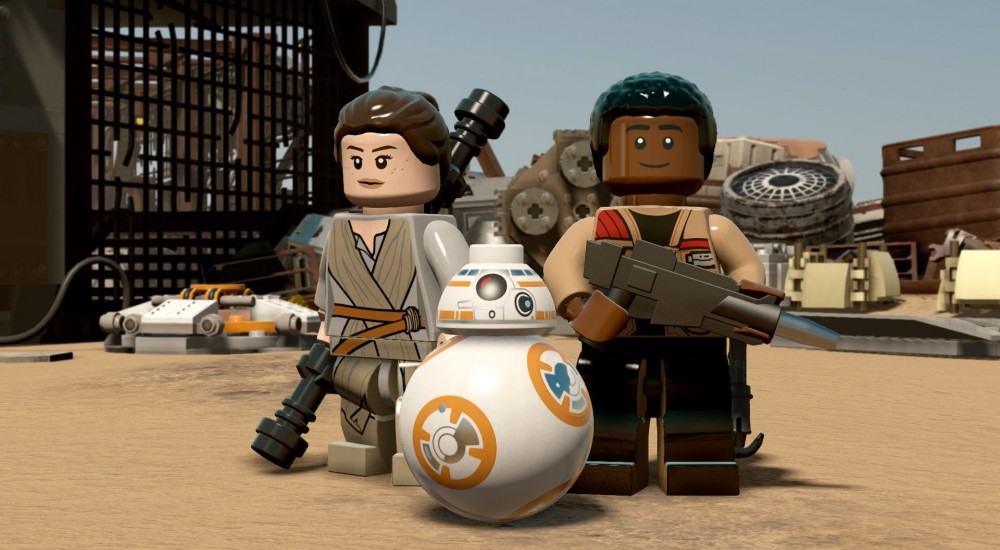 May the 4th marks a special day for Star Wars fans. TT Games and Warner Bros joined in the festivities with some news about he next LEGO game, LEGO Star Wars: The Force Awakens. It appears you'll be able to play some of the adventures that are mentioned in the movie, but never shown, like Han and Chewie capturing the Rathars.

Along with the main story adventures upon which you'll get to embark as you play, you'll also get treated to six new adventures that will star Poe Dameron, C-3PO, and other notable characters.

As your ears no doubt detected in the trailer, they've brought in the actors from the film to record some new dialogue for those adventures, meaning you'll get actual Harrison Ford speaking Han Solo's lines instead of someone that sounds pretty close to it.

LEGO Star Wars: The Force Awakens launches on all of the current and last gen consoles, along with the PlayStation Vita, Nintendo 3DS, and PC, on June 28, 2016.