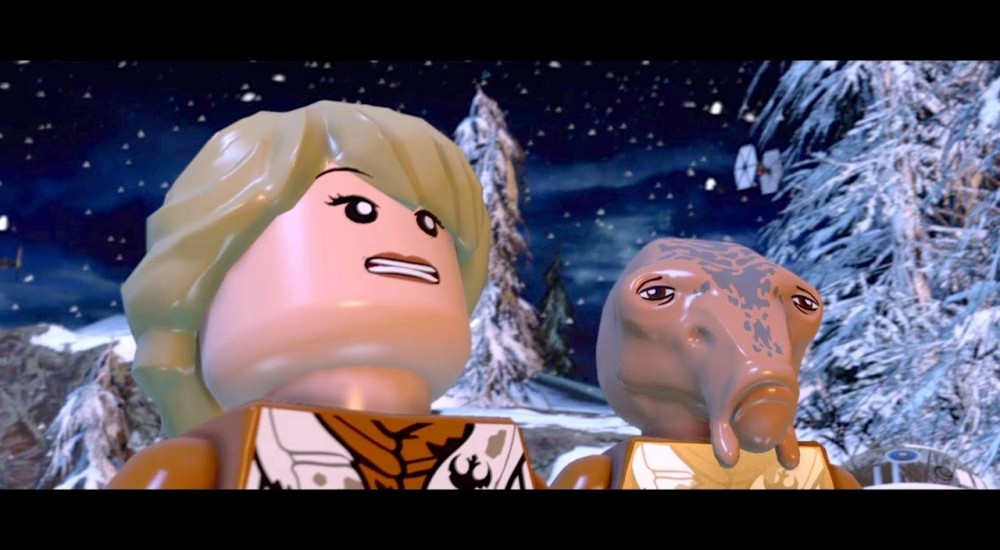 The latest of LEGO's licensed gaming exploits has finally reached its conclusion, as the last DLC is now out for LEGO Star Wars: The Force Awakens.  What's next for everyone's favorite building block company?  Who's to say.  Perhaps it's LEGO Mad Max, or maybe LEGO The Revenant.  Personally, I'd be pretty excited for LEGO Steve Jobs.  I feel like all those cutesy figurines could really work wonders on Danny Boyle's biopic.

For the time being, though, we can only ponder LEGO's next step as we play through the "Escape from Starkiller Base" DLC pack.  It features a brand new level, of course, which presumably contains one or more folks "absconding" from some sort of "compound" that can "cause stars to die prematurely". It also contains a brand new set of characters, such as C'ai Threnalli and R3-Z3, both of whom sound like they exist in an off-brand version of the Star Wars universe.  The rest of the new characters can be found below.

As is typical for the most recent LEGO video game entries, LSW:TFA contains two player local co-op.  In case you're itching for a little bit of Star Wars content to hold you over until Rogue One comes out, it's certainly worth checking out.