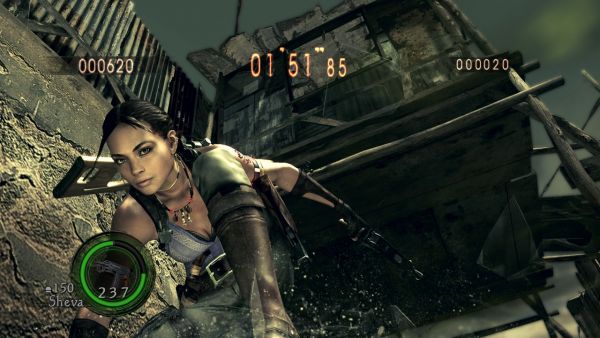 Capcom has announced a new cooperative mode for the upcoming survival horror game Resident Evil 5.  The mode is called mercenaries, similar to the same mini game found in Resident Evil 4, and it pits players against a timed clock and swarms of enemies.

The mode is all about score, the quicker you can kill off infected, the higher your multiplier and score.  IGN has revealed a few details about this mode including the fact there are ten different characters and weapon sets that are playable.

The mode is playable in split screen co-op, but lacks the online features of the main campaign.  We aren't sure why Capcom did this, most likely a time issue, but it is what it is.  It looks like IGN found out the hard way that co-op is a two way street - especially in Mercenaries.

Oddly enough, I found it a bit harder to survive with a buddy than solo. Not because there are more or tougher enemies, but because two people need to communicate to succeed. And if that communication is lacking, someone invariably will die. Possibly because I accidentally blew them up.

In case you missed it you should check out our interview with Capcom regarding all the details of Resident Evil 5's co-op campaign.  After that we have some new screens and trailers of the Mercenary mode in action.