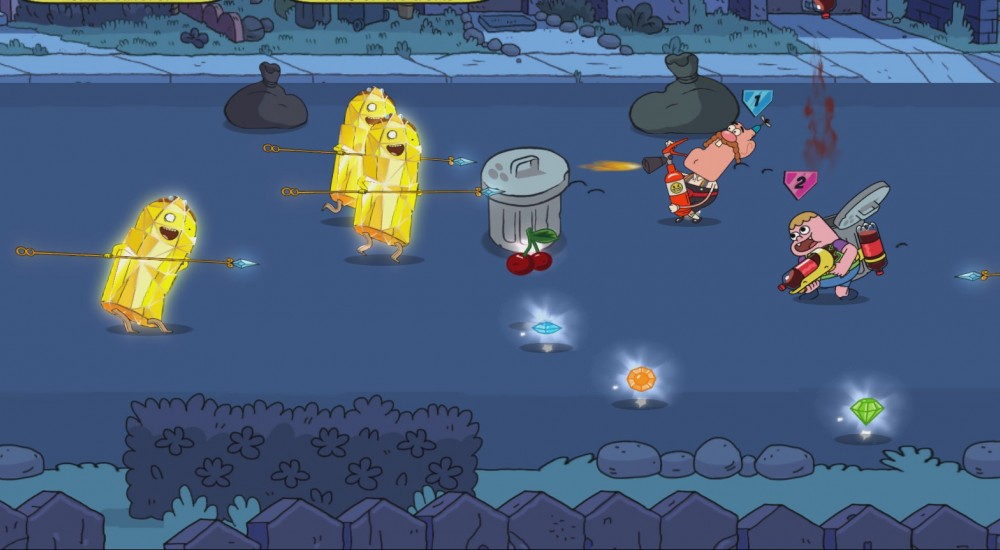 Cartoon Network is taking a shot at the video game market with Cartoon Network: Battle Crashers. The title is being developed by French developer Magic Pockets and is billed as a side-scrolling brawler featuring a few much beloved characters from some of the network's more well-known shows.

After accidentally driving the UG-RV through multiple dimensions (which happens more often than you know), Uncle Grandpa, Steven Universe, Finn and Jake, Rigby and Mordecai, Gumball, and Clarence have to restore order by defeating the evil shard creatures that appear in his wake. Each character (or pair of characters, in the case of Finn and Jake, and Rigby and Mordecai) has their own particular strengths that work against the creatures, so teaming up is definitely the way to go. The game will support up to four player local, drop-in/drop-out co-op throughout the campaign.

Cartoon Network: Battle Crashers will be available on the PlayStation 4, Xbox One and Nintendo 3DS when it arrives on November 8, 2016.