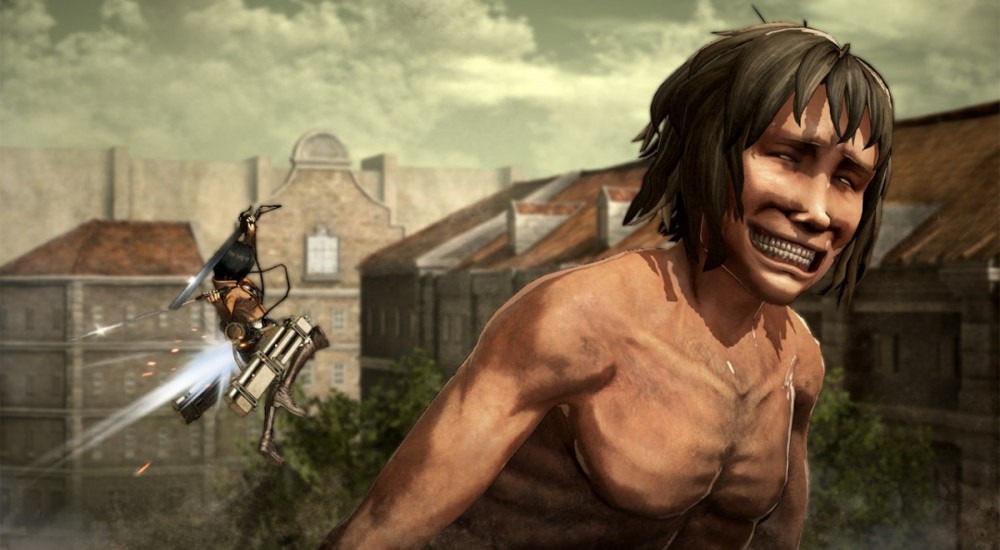 If you missed it Monday night, our Co-Opticrew set about systematically disassembling giant naked men in a handful of Attack on Titan's co-op mode. By the time the dust settled, there wasn't a single Titan left to tell of the horrors we had wrought (well, except for that one particularly creepy one hanging out in home base...)

Our co-op review of the title went up last week, but we thought it would be worthwhile to show off some of the gameplay in action. As you'll no doubt be able to tell from within the first few minutes of a mission, there are definite hallmarks of Omega Force's Dynasty Warrior series, but it's not a straightforward "copy/past" of that franchise onto another IP. One of the things we all appreciate about the game is that it does try to stick to some of the ideas (at least, with regards to the combat and movement systems) that are hallmarks of the anime/manga.

One quick note about the video, the audio isn't great. Some of us come through just fine while others are barely audible. It's something we plan on fixing before we stream out from the PlayStation 4 again.