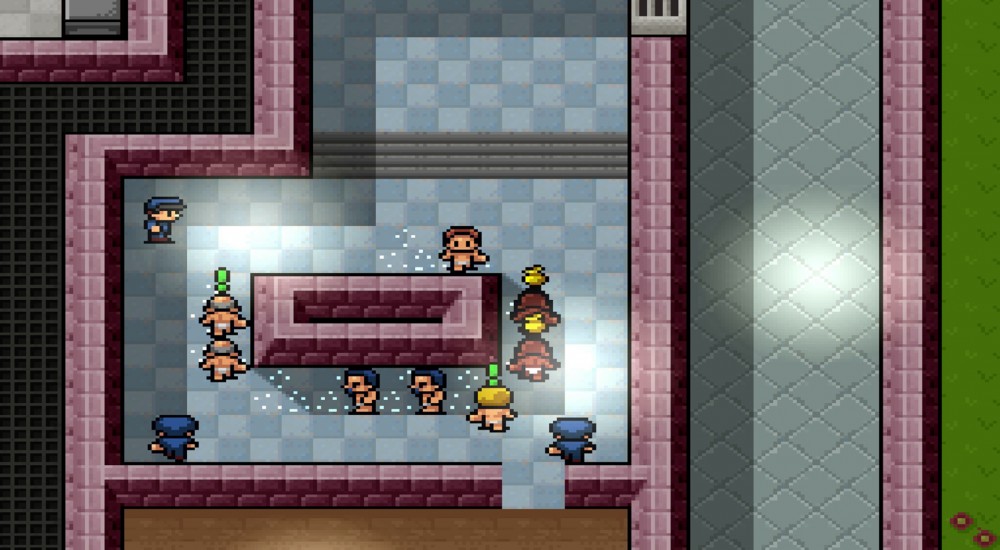 One of the big hits amongst Twitch streamers these past couple years was the prison simulator, The Escapists. Something about watching people craft shivs out of toothbrushes and then use them on inmates just draws a crowd. During this year's TwitchCon, developer Mouldy Toof announced a sequel, The Escapists 2, is in the works and this time you could play with friends.

If you've never played the game, The Escapists is all about doing favors for your fellow prisoners, crafting gear (like pickaxes and shovels), and completing your daily duties all while trying to concoct and execute an escape plan. That same gameplay will be the main focus for The Escapists 2, but this time you'll be able to do it with up to three other players.

Within the details section of the announcement trailer, it's revealed that the title will not only support four player online and local co-op, but splitscreen play and drop-in/drop-out as well. Presumably, the co-op experience will be similar to the single-player experience with all players attempting to escape from prison.

The Escapists 2 is slated for a 2017 release on the PC, Xbox One, and PlayStation 4.