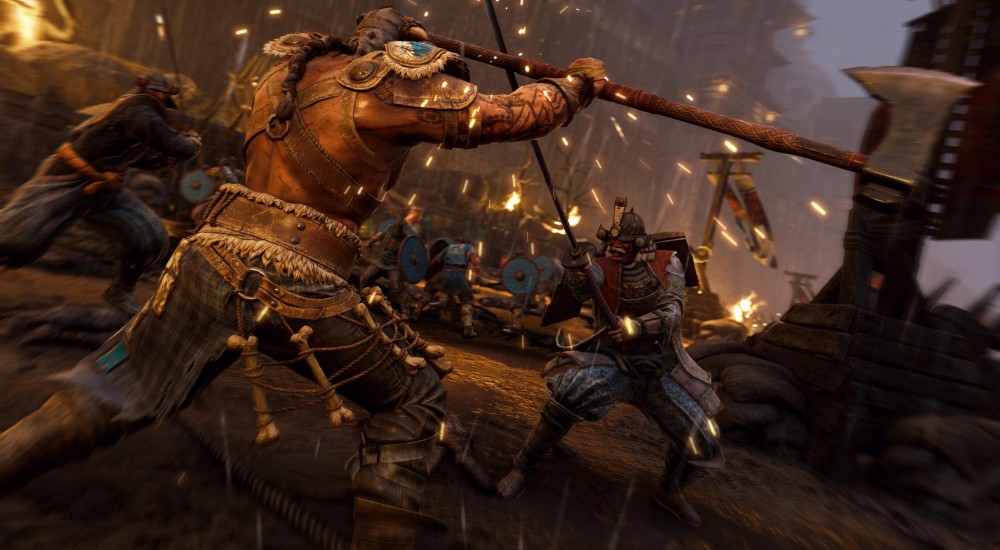 Ubisoft's vikings vs medieval knights vs samurai brawler, For Honor, will be offering up post-release DLC maps and modes for free, according to game director Damien Kieken. That doesn't include, however, new heroes, which may end up costing money to acquire.

This information comes from Eurogamer, who attended a recent presentation about the game put on by the devs, and as they point out, it sounds like the title will be following a similar model as Rainbow 6 Siege. During the presentation, Damien also discussed how monetisation will work with players being able to buy the in-game currency (Steel) using real-world currency, but you won't be able to acquire "end-game items" this way.

Hopefully, some of those maps and modes will be for co-op as well. The story campaign will support two player online co-op throughout, and it sounds likely that the multiplayer modes will allow players to team up against bots, but some dedicated co-op modes are always nice.