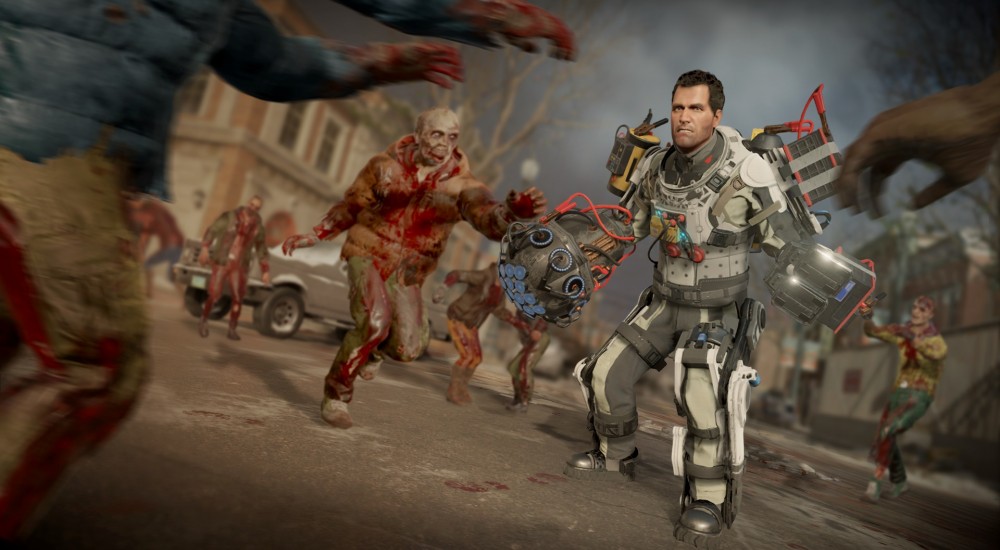 Just like its zomboid antagonists, Dead Rising 4 has begun permeating every available storefront.  Soon enough, we'll be bludgeoning copies of the game as they grasp for our ankles and moan "buuyyyyyy usssssssss".

Technically, Dead Rising 4 has been available on PC since its December 2016 release, but only via the Windows 10 store.  For those of us wishing for a bit broader access to the title, it hit Steam on March 14th.  At long last, our Steam friends can see us enjoying the latest Frank West adventure and chuckle at our hilarious Steam handle! DR4 kind of got swept away in the whirlwind of winter releases, but by all accounts, it's supposed to be a pretty solid entry into the series.  Its availability on Steam is good news, if nothing else, then for the chance that it'll receive a substantial discount during the upcoming seasonal sales.

If you're interested in the game's four player online co-op, but aren't sure if you or your buddies' PCs can run it, you can reference the handy-dandy system requirements below.