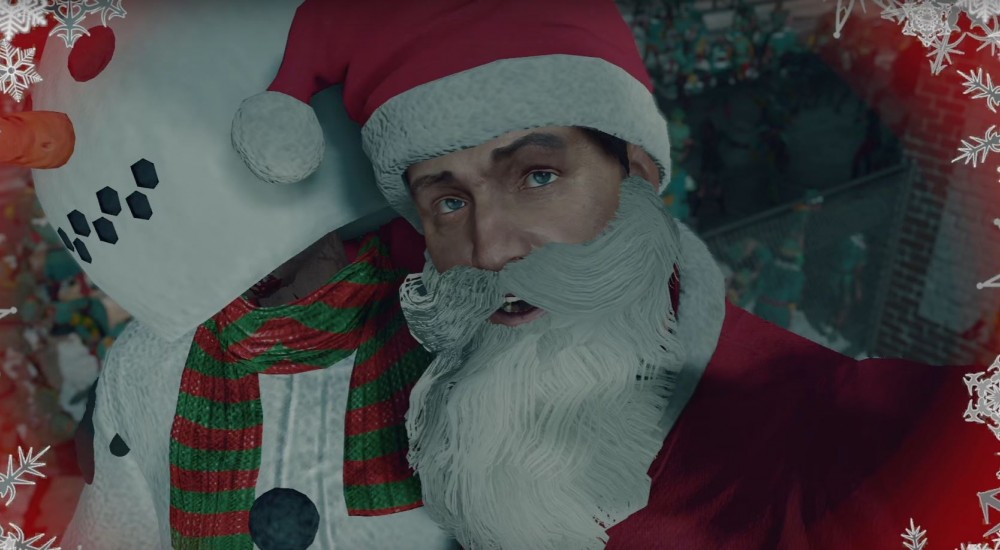 The first piece of DLC for Dead Rising 4 dropped on Wednesday. While holiday-themed DLC is all the rage this time of year, it feels a little appropriate for Frank to be getting a Santa suit. After all, he is returning to Willamette at Christmas.

The "Stocking Stuffer Holiday Pack" will automatically be added to your game if own the Season Pass and along with Frank's big red suit, the zombies are getting into the spirit with outfits that include Santa's helper elves, gingerbread men, and snowmen. New weapons, like a baseball bat wrapped in barbed wire and Chrismas lights, or the candy-stripped hammer with grenades on it called the "Candy Pain, are available, as well as a motorcycle that shoots laser beams called "Santa's Little Melter." If you don't own the Season Pass, then all of this content will cost you $4.99.

The next DLC on the horizon (and teased at the end of the video) is the "Super Ultra Dead Rising 4 Mini Golf.