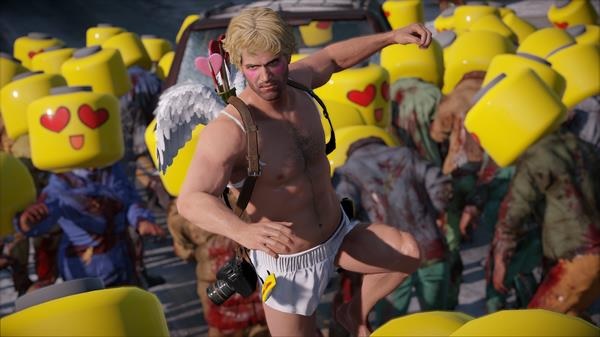 I love February 15th as it is the furthermost date from having to worry about Valentine's Day again.  Along with the card and chocolate that you forgot, you may have also not noticed that Dead Rising 4 had a new update that included some free sweetheart content.

Dead Rising 4 loves a holiday as their Christmas pack showed.  Like with this previous DLC, the My Bloody Valentine's content is costume based and includes a nice Cupid outfit for our Frank.  Undead fans need not worry as it also has plenty of clothing for the zombie hordes, including a rather disturbing chocolate coating.

The below DLC trailer will show far more than I can say with mere words:

The DLC is out now for Xbox One, but PC gamers will have to wait a little later into the month.  The game has an online 4 player co-op mode, but unfortunately not the story co-op of earlier games.