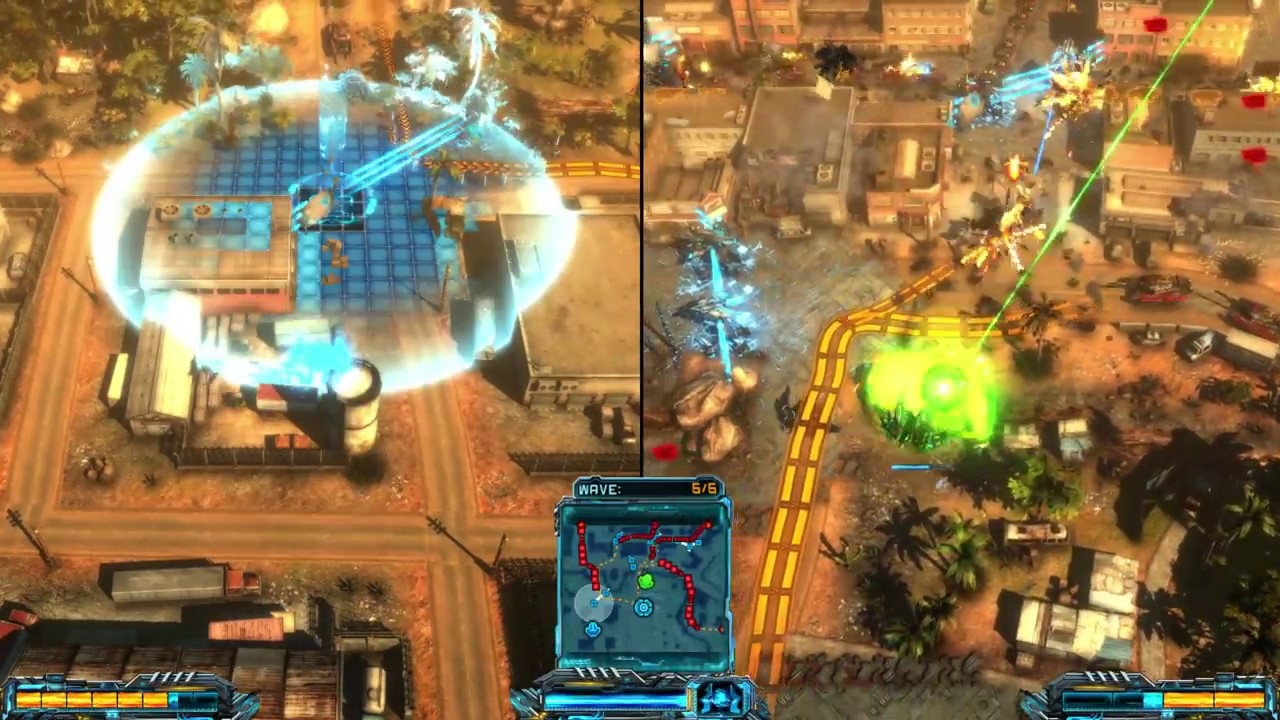 Gather one, gather all.  This is what co-op gaming used to be like, as many as eight players all crammed around a multi-tap and 4:3 television.  X-Morph: Defense may not have eight player local co-op, but the new teaser trailer for the game shows off some old school 2 player split screen gameplay.

X-Morph is headed to PC, PS4 and Xbox One and rather than try the newfangled online co-op, developers EXOR Studios have gone down the local route.  A couple of new teaser trailers for the game have been released that are only thirty seconds long.  Thankfully, in one case this is long enough for us to get a glimpse of the co-op on offer:

X-Morph is described by the developers as:

Unique fusion of a top down shooter and tower defense strategy. You are the invader! Use destructive weapons or lead you enemies into a maze of towers. Strategize in the build mode by carefully selecting various types of alien towers or throw yourself right into the heat of the battle.