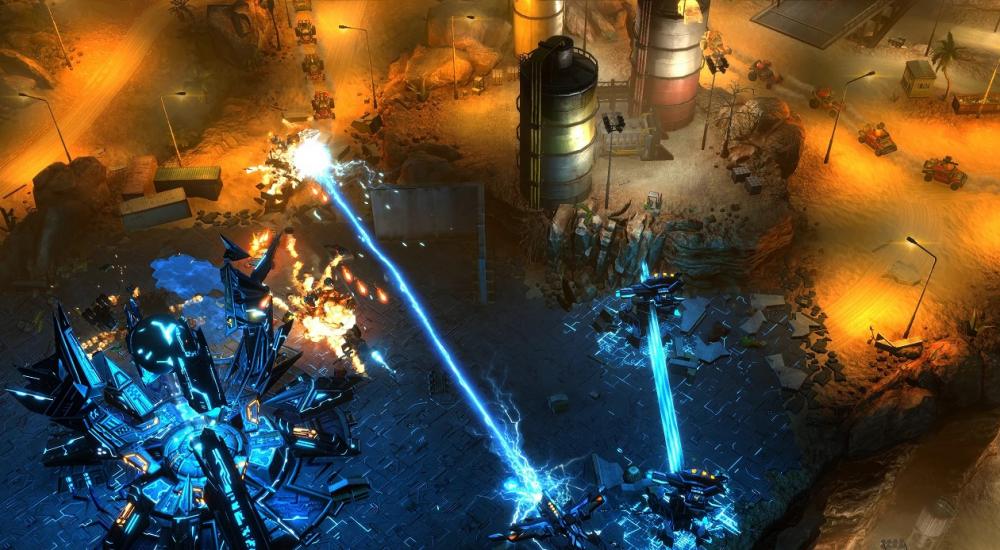 EXOR Studios' twin-stick shooter/tower defense hybrid, X-Morph: Defense, will be getting some new content, both paid and free, next month. The "European Assault" DLC will arrive on March 26 for the PC version (then PS4 and Xbox One shortly thereafter) and will add a new mini-campaign that takes players through Finland, Holland, and France. Alongside that paid content, there will be a free update on all platforms that adds a new Survival mode.

The mini-campaign that you'll get with the "European Assault" paid DLC is described as taking place "parallel to the main story, and will see players wreak havoc across Finland and Holland before concluding in an epic, destruction-fuelled showdown at the Eiffel Tower in France." This DLC will be available first on the PC starting on March 26, and will then be made available on the PlayStation 4 and Xbox One sometime after that.

If you prefer to try your hand at how long you can last against swarms of invading aliens, then the new (and free!) Survival mode that will be dropping the same day may interest you. The mode will include 10 maps taken from various locations featured in the campaign, and will test players' ability to come up with new strategies on the fly as enemy placement and numbers are randomized every time. Based on the phrasing of the announcement, this mode should be available on all platforms simultaneously.

X-Morph: Defense is available on PC, Xbox One, and PlayStation 4. Two player couch co-op is supported throughout.