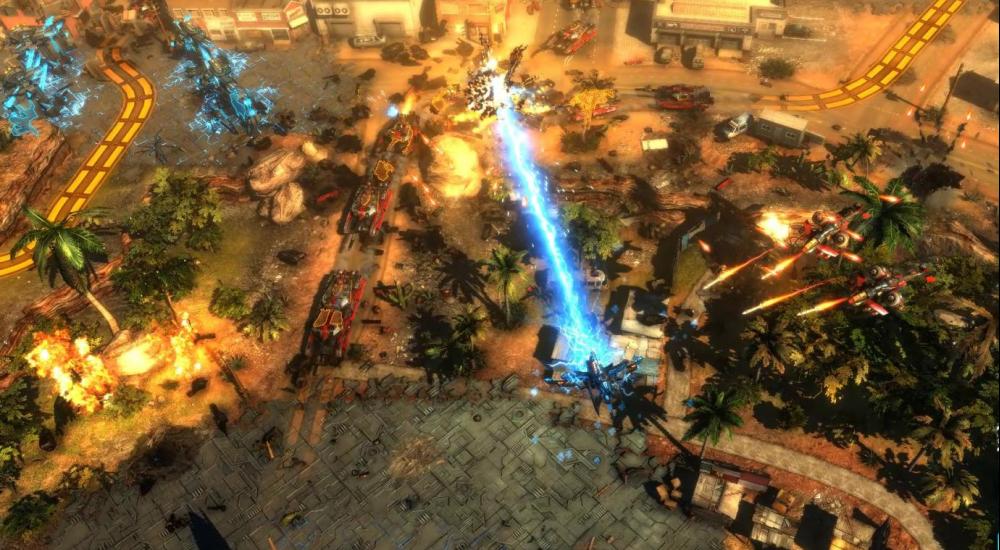 EXOR Studios' tower-defense/top-down shooter hybrid, X-Morph: Defense, is headed to the Nintendo Switch sometime in the next few months. That's the good news. The bad news is it appears that this version will be losing out on some of the co-op features that are present on the PC, Xbox One, and PlayStation 4 versions of the game. Specifically, the two player couch co-op campaign.

The announcement came just prior to this year's Gamescom, which officially kicked off today. While the announcement trailer just shows off what you're doing in the game, it was the language of the press announcement we received that revealed the change in features, as you'll see below.

Now, just in case you're thinking, "well, they do say the 'Survival Campaign' has co-op," it's also worth pointing out that on the official website, there's a specific note under the "Split Screen Co-Op" section that says "Split Screen Co-Op is not available in the Nintendo Switch version of the game." This means that the campaign will indeed be single-player only (bummer), and it also seems to indicate that the co-op in the Survival mode will be done via wireless LAN, or Ad-Hoc connection. Admittedly, I can't imagine trying to play a game like that on the Switch screen when it's out of the dock, but still, it's a shame it had to get nixed altogether.

X-Morph: Defense will be available on the Nintendo Switch sometime "Q4 2018." The game is currently available on the PC, Xbox One, and PlayStation 4, and you can check out our Co-Op Review of the game along with the European Assault and Survival of the Fittest DLC (which adds the Survival mode).