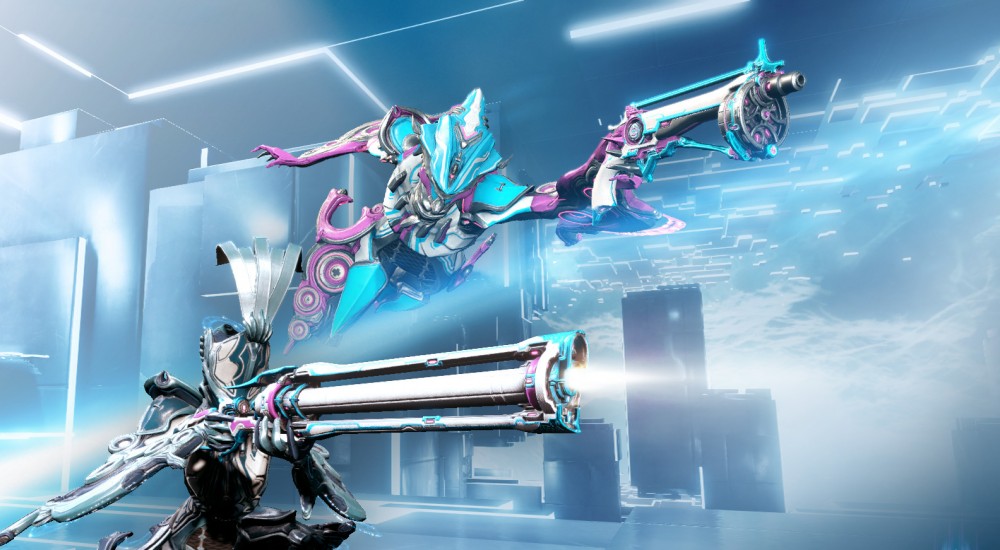 A new warrior joins the ranks of the formidable space ninjas in Warframe. The musically inclined Octavia made her debut on the PC version a few weeks back, and she's now set to take the console world by storm!

Ok, so joking aside, this is some pretty creative design. The latest frame to join the space ninja ranks lets you create your own music that then gets played in-game when you use Octavia's abilities. The "Mandachord" allows you to build a song using percussion, bass, and melody tracks. Those tracks then provide the beats to Octavia's abilities, Mallet, Resonator, and Metronome. I can't speak to how well all that works out in the game itself, but the idea of it is really cool.

In addition to the new warframe/sound mechanic, the "Octavia's Anthem" also adds a new quest (the titular anthem), two new weapons, a new photo mode ("Captura") that lets you grab and lens flare your own screenshots, and a handful of new skins.

"Octavia's Anthem" is available now on PlayStation 4 and Xbox One