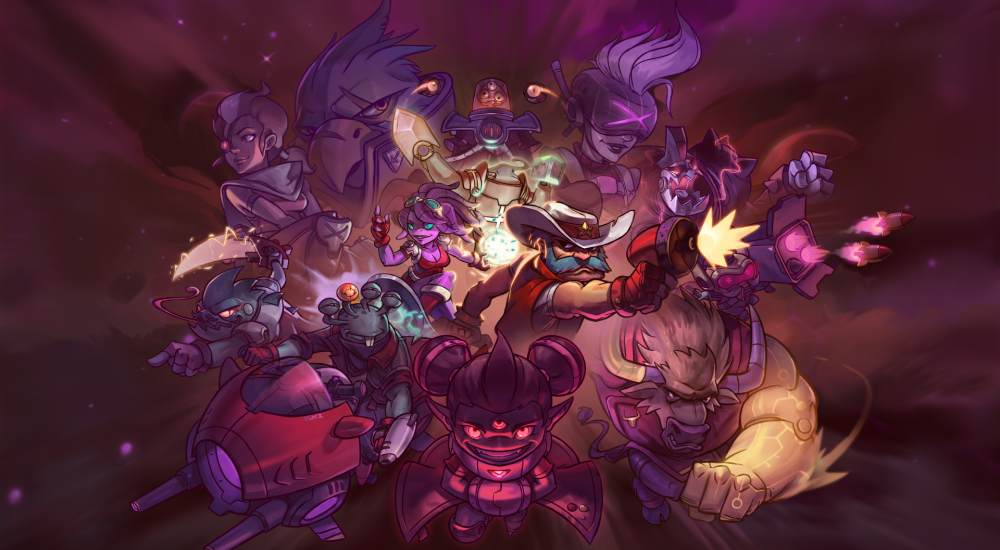 Ronimo's 3-vs-3 platform MOBA, Awesomenauts, got a big update earlier this week in order to lay the groundwork for the title going entirely free-to-play next month on the PC. If you already own the game then don't worry, you won't lose anything as it shifts to this new format.

There's been a lot of changes to Awesomenauts over the past year on the PC, including a spectator mode and a level editor via Steam Workshop, and it sounds like much of that was being done to set things up for the transition to free-to-play. The new 4.0 update is the precursor to this shift and includes some big changes to the game's progression system and the tutorial. Here's what's new:

As previously mentioned, anyone who currently owns the game will still keep all their existing content/progression. In fact, if you own the game along with the "Starstorm" and "Overdrive" expansions, you'll automatically be upgraded to that "Awesomenauts All Nauts Pack" and be given access to all future characters for free. Not a bad deal.

If you're interested in checking out the new changes but don't own the game, then there's a beta for which you can sign up, or you can just buy the "All Nauts Pack" on Steam for $25.

Awesomenauts goes free-to-play on PC on May 24.