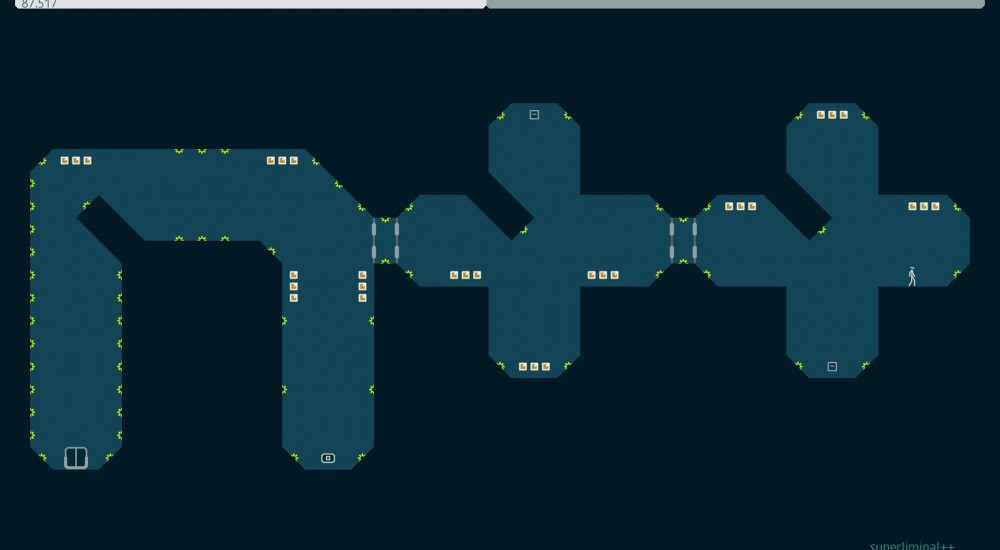 A couple weeks back the good folks over at Metanet Software dropped a massive update on their popular platformer, NPLUSPLUS. The "Ultimate Edition" doubled the number of playable levels (bringing the new total up to 4,340), added new color schemes, and a new Hardcore mode (solo only, bummer). Best of all? It's an entirely free update.

While the "Ultimate Edition" is currently available on the PC version of the game via Steam, the PlayStation 4 version isn't being left out in the cold. The update should be coming to that platform as well very soon and, just like on PC, it will be free. Meaning if you already own the game you'll get "upgraded" to the Ultimate Edition without having to pay anything extra, and if you don't own it yet, you can just buy the Ultimate Edition when it does become available.

NPLUSPLUS is available on the PC and PlayStation 4 for $15. It supports up to four players locally in all of the levels and also includes a built-in level editor so you can make your own devious stages to put your friends' skills to the test.