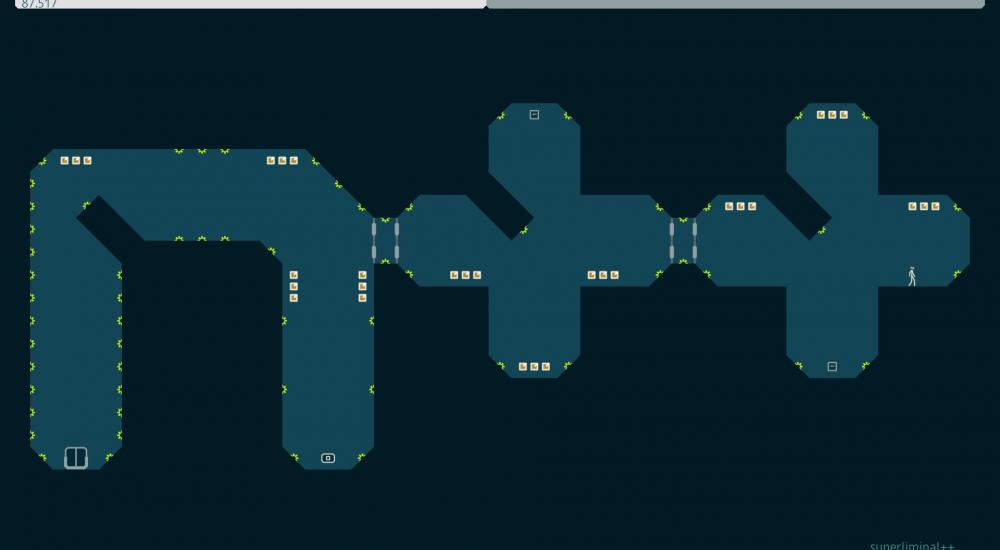 N(Plus Plus), the all-action, no-frills platformer from Metanet Software, has completed the journey to the Xbox One in an "Ultimate Edition" format.  There aren't a ton of co-op platformers out there as pure as the N series, so it's nice to see that owners of Microsoft's flagship console can join in on the fun.

The trailer for the game, below, boasts an astonishing 4,340 levels for you and your friends to work through, plus a ton of extra color schemes that weren't available in the original version of the game.  Given that the trailer reaches just over three minutes, I think it's fair to say that the developers are pretty proud of their work.

N(Plus Plus) features local co-op for up to four players.  In it, friend groups of all skill levels can work together to survive the game's many, many stages.  You may want to stock up on supplies, because you're in for a lot of jumping.