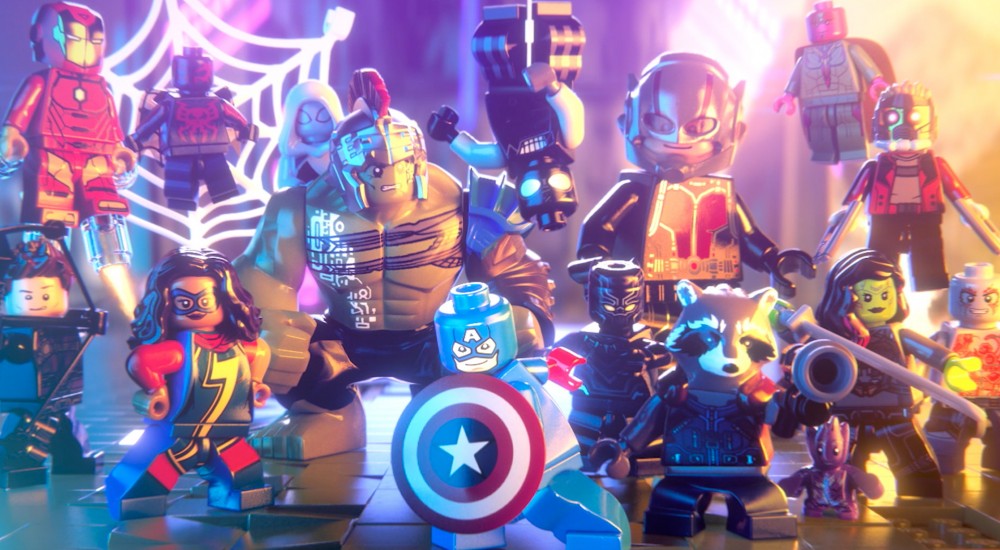 Last week, we got a release date (November 14th) and teaser trailer for LEGO Marvel Super Heroes 2. Yesterday, Warner Bros. and TT Games dropped the full announcement trailer for the game, giving us a good look at many of the playable characters.

Playable characters appear to focus on Avengers, Guardians of the Galaxy, and Spider-verse franchises, which is unsurprising as these are the current blockbusters. However, there's some unexpected, but welcome, characters included in the line-up, such as Spider-Gwen and Ms. Marvel. There's even mention of some specific variants that fans will likely be enthused to see, like Cowboy Captain America and Spider-Man 2099.

LEGO Marvel Super Heroes 2 will be coming to PS4, Xbox One, and PC on November 14th, 2017, with a Nintendo Switch version planned sometime later in the holiday season. Specific details on the co-op are currently slim, but we're expecting it to support 2-player local co-op like the first game in the series.