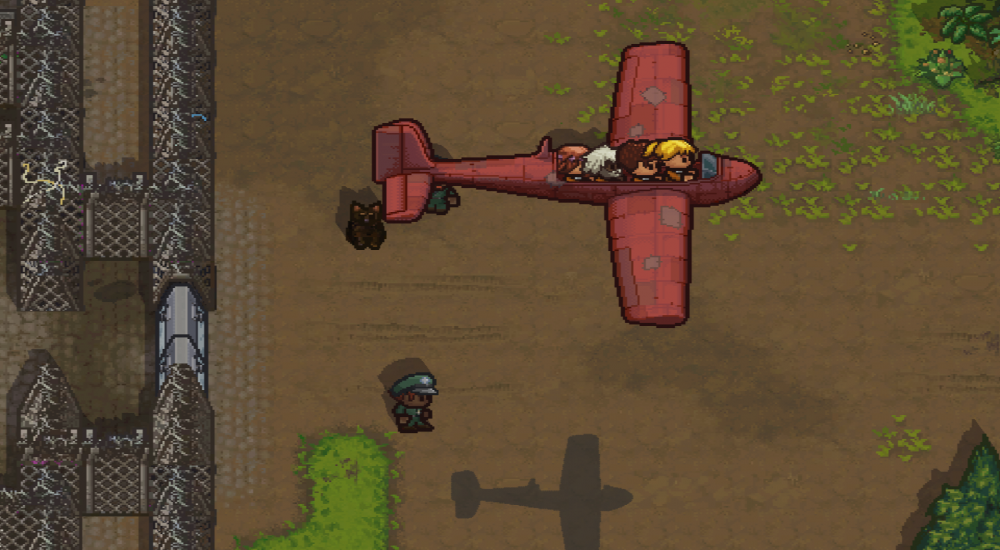 Breaking out of prison can't be that hard, right?  All you've got to do is grease a few officers' palms, hatch a plan with your closest incarcerated buddies, and create tools out of nothing.  I suppose you also have to work out patrol patterns, subtly lay out the groundwork for your escape route, ensure your clandestine meetings aren't discovered by guards... okay, so maybe it's a little hard.

This difficulty is probably what's made The Escapists 2 such a success for Team 17 and Mouldy Toof Studios.  It's doing so well, in fact, that they're bringing it to everyone's favorite portable/home console hybrid, the Nintendo Switch.  Once January 11th rolls around, every would-be escapee and their mother can take a swing at breaking out of prison life.

It'll be available for a mere twenty bucks, and just like its compatriots on the other platforms, it'll support four player online co-op.  Two player drop-in/drop-out local co-op will also be available, as long as you both can handle wrapping your hands around those miniature Joy-Cons for hours on end.  Thankfully, Pro Controllers are available as an alternative.

Soon enough, you and a pal can work on escaping prison in all kinds of places, like a plane, or a bus stop, or an actual prison!  Well, maybe don't try that last one.