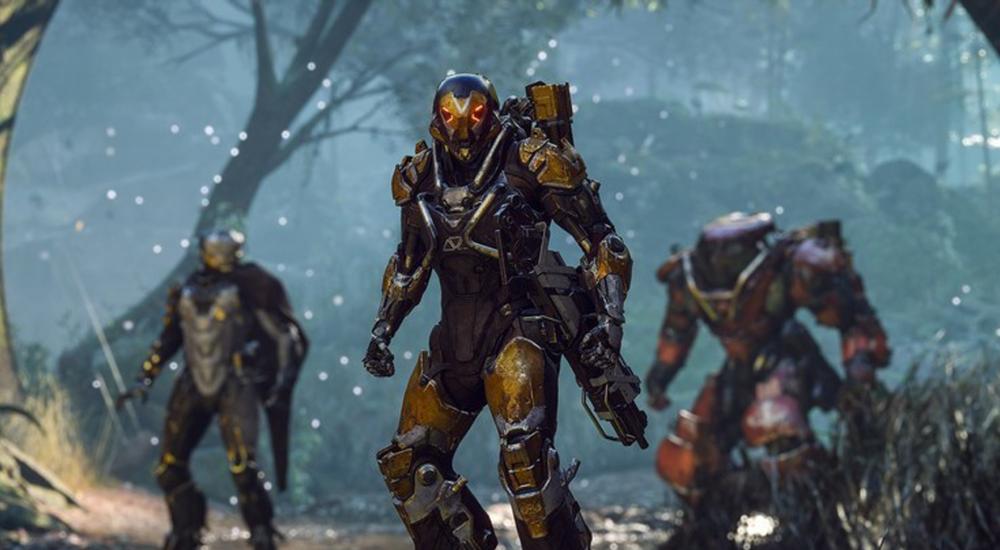 When is a delay not a delay? Apparently, when you have to make a statement to investors during a quarterly earnings call. EA stated yesterday that their forthcoming third-person shooter/action-RPG title, Anthem, would now have a 2019 release instead of the original 2018 date that was given during last year's E3.

This news comes quickly on the heels of a report from Kotaku that, according to sources familiar with the project, the original fall 2018 window that was given during E3 was "never realistic," and that EA won't let the game slide any further into 2019 than March at the latest (end of the fiscal year). The title has been in development in some form or another since 2012, and it sounds like much of that time has been trying to make things work within the Frostbite engine. EA did not provide any reasons for the "it's not a delay" delay during the quarterly call, and the only statement about it came from Blake Jorgensen, EA's finance chief, via Sarah Needleman at the Wall Street Journal:

After the lackluster reception and release issues with Mass Effect: Andromeda, there  are certainly questions in the air regarding BioWare's future. Certainly there are those that see Anthem as the studio's last chance to recover. We really liked what they showed off of the title at E3 and hope that this delay works well in the game's favor.