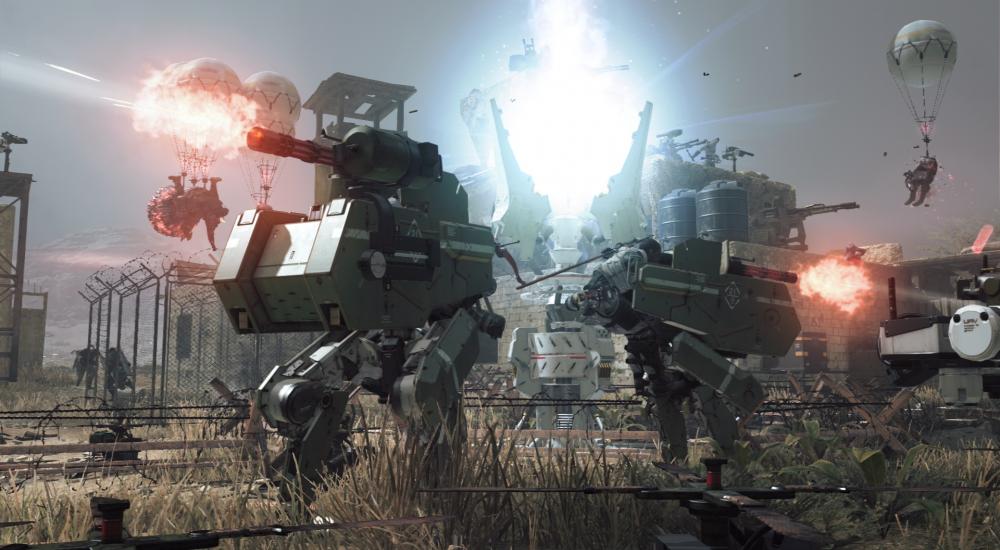 If you missed out on the Metal Gear Survive beta last month, good news! You'll have another chance to check out the game's co-op mode for the next few days before its full release on the 20th. Another open beta kicks off today on PS4, Xbox One, and PC via Steam, and will run until Sunday, February 18.

The beta will include the same content as the previous one (i.e., three co-op missions, two different maps, daily missions) and will reward everyone who participates with some in-game goodies should they pick up the full game. If you still have the beta installed on your PS4 or Xbox One, then you'll just have to download a patch and you'll be good to go. Hopefully, everything will go smoothly with the beta's launch this time around. Details about the beta can be found over at the official website.

Metal Gear Survive launches on February 20 and will be available on PlayStation 4, Xbox One, and PC. Four player online co-op will be supported in the separate horde/survival mode.