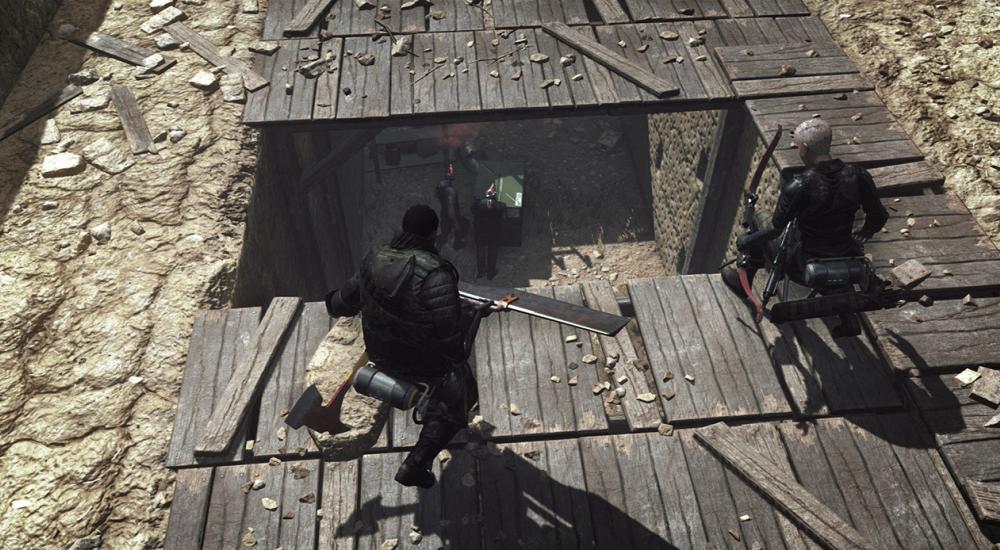 An official website for Konami's Metal Gear Survive went up last week and there's quite a bit of info to parse through there. While the official release date (Feb. 20, 2018) and a better explanation of what the co-op will entail (more on that in a sec) are nice things to know, there was another bit of info that might be a bit of a bummer to folks out there: you'll always need to be online to play, even in single-player.

When the title was first announced during TGS last year, one of the features that was touted was the four player online co-op. At the time, it appeared that that would be a core part of the campaign. However, the website shed some rather disappointing light on that particular feature. The campaign will be single-player only and co-op will be a separate thing. Rewards and progression will be shared between both modes, though, but as stated above, even if you're playing solo, you'll need to be connected to the Internet.

It'll be interesting to see how things shake out with this venture. Proceeding with the series post-Kojima is a pretty gutsy move on Konami's part, though one also gets the feeling that perhaps they want to try and recoup some of the costs incurred by the development of the Fox Engine. That being said, early impressions of the co-op are semi-favorable, so maybe this will prove to be a decent co-op game overall.

Metal Gear Survive will be released in the U.S. on February 20, 2018 on PlayStation 4, Xbox One, and PC; February 22 for Europe. If you pre-order the title, you'll get some digital goodies in the form of weapons, emotes, and cosmetics.