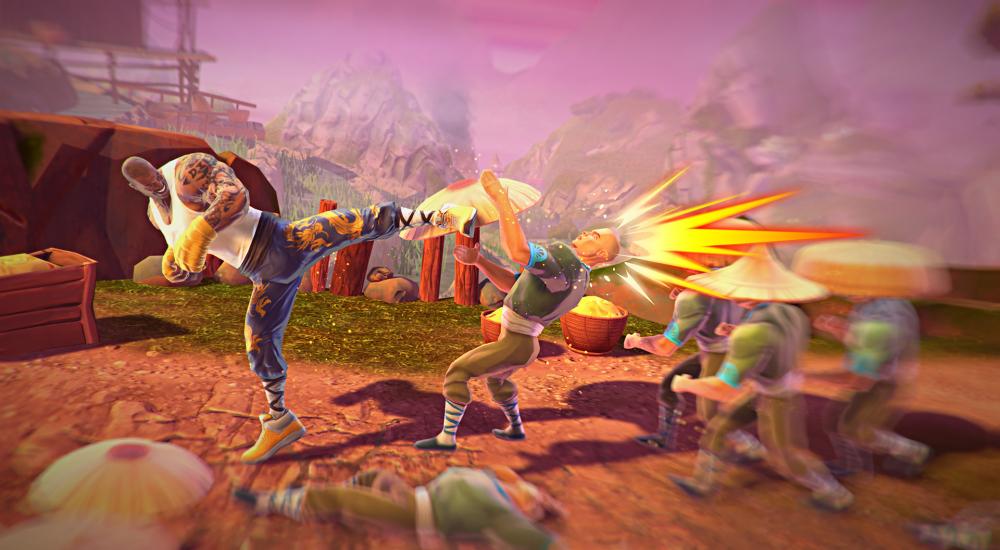 It was a surprise when it was announced, and perhaps even more of a surprise when it got funded, but Shaq-Fu: A Legend Reborn will be an actual video game that is actually released this year. That's the good news. The bad news? The title will not launch with co-op.

In the initial Indiegogo campaign that successfully wrapped up back in May 2014, one of the planned features for the game was co-op gameplay. Specifically, the campaign stated:

Co-op Gameplay.  Grab a friend and battle it out in tandem.  Play as Shaq’s identical twin (no he doesn’t sell insurance) or select from a host of other playable characters with different skills and power-ups. Split screen action available, baby!

While the title's gone a bit dark the past couple years (prior to this month's posting, the last update was back in December 2016), it was recently announced the game would be coming out sometime this Spring for the PC, PlayStation 4, Xbox One, and Nintendo Switch. We noticed, though, that there was no mention of the co-op in the announcement trailer. We reached out to the dev for clarification and were told this:

Co-op won’t actually be available come launch day, but we are working to have co-op support post-launch. More details to come.

So, unfortunately, no co-op for Shaq anytime soon, it seems. As there are plans to add co-op at some point, the title is still in our games database, but just marked with the "Co-Op Has Been Removed" tag until we hear more.